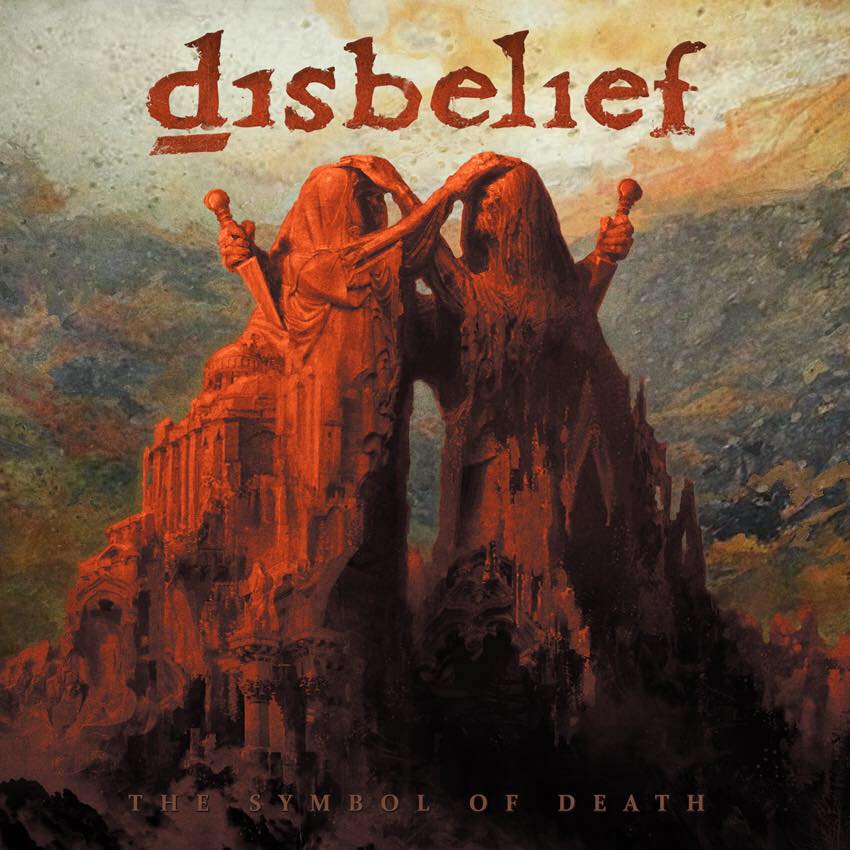 Is it really seven years since Disbelief released “Heal!”? Time flies, I guess, and I remember enjoying it a fair bit when it was released, with their mid-tempo meat-and-potatoes take on death metal. One of Germany’s most reliable death metal bands, having been active since the early 1990’s (and fairly prolific with their releases, until 2010), you’d be forgiven for being able to effectively guess what “The Symbol of Death” is going to sound like. Well, as it turns out, the boys haven’t quite yet run out of surprises…

That being said, yes, “The Symbol of Death” is built on a solid bedrock of downtuned, mid-tempo extreme metal that Disbelief do so well. For the most part, the riffs are pretty basic, with just the right kind of speed to induce head-nodding approval. I do confess though, that to my ears I have found that Disbelief have introduced a little more subtlety to their attack than they have done in the past, for instance with the melancholic mid-section on “The Unsuspecting One”, which sees the song begin in a strong, stomping barrage of aggression, but then morph into something akin to Crowbar or mid-period Katatonia, before running for the door again. Actually, it’s on these moments that Disbelief are at their best – throwing some other influences into the mix.

There are some times where this just doesn’t work as well, however. The jarring riffing on “Evil Ghosts” really got under my skin, and on every play-through I felt compelled to skip it, even with the groovy as all hell demi-Sabbathian riff that lurks in the middle.

Disbelief are a band who really know their onions, and this shows in the sound. “The Symbol of Death” is a really powerfully produced record, sounding every bit as modern and in-your-face as modern day Sepultura, who I would contend are probably the closest comparison to the band. It’s a fairly enjoyable listen, though maybe with one or two songs that might have been best left on the cutting room floor, and by the end of the album I’m close to getting bored and wanting to listen to something else. When they click though, as with the ferocious “The Circle”, they’re tremendously good fun.

All in all then, I’m glad that Disbelief are back. Don’t leave it so long next time, eh lads?