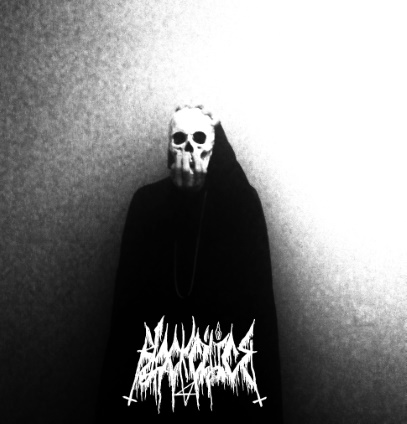 I first came across this Portuguese black metal band in 2015 through their album “Mysteries”. Eerie whistling and fog-filled atmospheres met blasting and chaos-laden black metal. “Mysteries” was far from the first release by the band, whose discography covers two further albums, numerous demos and splits dating back to 2009.

“Timeless Spectre” crashes and blasts its way into our consciousness without delay. Distant echoes and sad majesty match the inherent shuddering violence. This is a scene of remorseless horror. Its nine minutes pass off in much the same vein. “On the Verge of Madness” would sum up this track but it’s the title of the next one. Again the drum rolls furiously and in this sonic chamber of horror, there are the distant echoes of a man who sounds like he’s on the edge of a precipice, looking down at a deep and gaping chasm. The haunting screams bring atmosphere and conjure up vivid and terrible images. Instrumentally it’s imperious and powerful, but with the exception of the occasional pause for reflection, it is one scene and one scene only. I’m not sure where you might go with this ghastly scenario to develop it but that doesn’t seem to be on Black Cilice’s agenda as they launch into another attack with “Possessed by Night Spirits” and then another with “Channelling Forgotten Energies”. Momentarily the fire and slaughter give way to mechanical blackness but the murderous mood remains and is all-embracing. “Boiling Corpses” then crashes its way into the forefront of our psyche before pressing on and bringing us this world of chaos. A measured march takes us forward but there’s always the threat of explosion. The ghastly roars broaden the spectrum but it’s the pounding drum that’s fearsome and drives the ever violent onslaught. There’s the hint of an uplifting end but such expansion is resisted as the finale is grim and remorseless.

“Banished from Time” is a world of horrific scenes, but little else. I cannot fault its intensity but if you hear one of these lengthy tomes, I’d say you’ve heard them all. At least what is there is impressive and delivered without compromise or mercy.