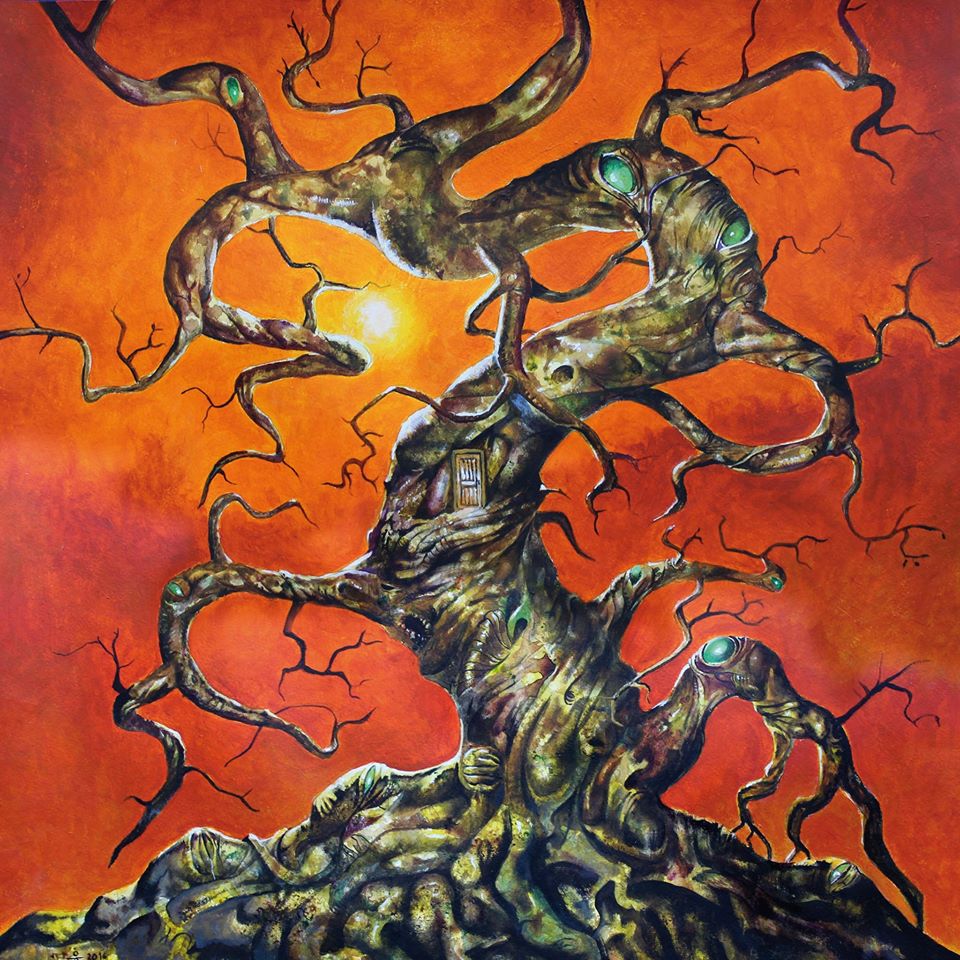 Ever wondered what it might sound like to be catching up on your old Simon & Garfunkel/ Stone Roses / Mercury Rev records, having a warm breeze blowing in your face, while sitting on a carousel going slightly too fast? Accompany that with a slightly spliffed-out, jazzed-out bassist and a guitarist with an open minded attitude over when and when not to use distortion pedals. It’s actually a mellow experience – albeit one that occasionally descends into a chaotic head-spin and leaves you wondering when and where might be the best time to listen to Kairon; Irse!

At first I made the mistake of thinking that the band hails from the US – there is that whole East Coast art rock thing going on in here. But (and I since discovered they’re from Finland) there is definitely something a little unsettling about these guys too beyond the slightly abstract and adventurous nature – one step too far to the left; mid-1990s Blur on a mild-trip (like on the track Starik), the fairground ride that leaves you feeling a little too much on the unstable side of queasy (maybe it was that burger you bought from that gaunt looking bloke by the Hall of Mirrors). But the overall experience makes you long for sunny, carefree afternoons of yore when everything was perfect even though you had the nagging sense that it was all going to go badly wrong later on.

Ruination, which is already receiving a fair amount of attention – and rightly so because this, whatever else it is, is a fresh take on giving that 1970s vibe a serious reworking – is a listening experience for those of us not in a hurry. The 70s connection makes a lot of sense given that the Scandinavians seem to do better than most revitalising the sound of that era. There’s twiddling and fretboard fiddling aplenty – drifting up and down the scales like a fairground ride – before the vocals, a mixture of gentle, off-beat Rush-style mixed with a falsetto that will help to add a new dimension for some listeners but will probably just as easily count as a deal breaker for others.

The inevitably spaced out prog-jazz journey reaches new heights on standout second track Sinister Waters II which has just about everything you could want if you’re looking for the perfect symbiosis between the 1970s and post-everything shoegazing. It weaves in and out of near ambient shallows before rocking out in crashing, violin-backed riffs and then descending into a glittering synth-fest that should make every Rush fan teary eyed with nostalgia.

There’s really no point in denying greatness when it comes and sits itself on your turntable and begins building itself a suspicious looking cigarette to pass away the afternoon. Ruination certainly has its moments, even if the head spinning progginess of it all might become a bit too much for the unconverted.