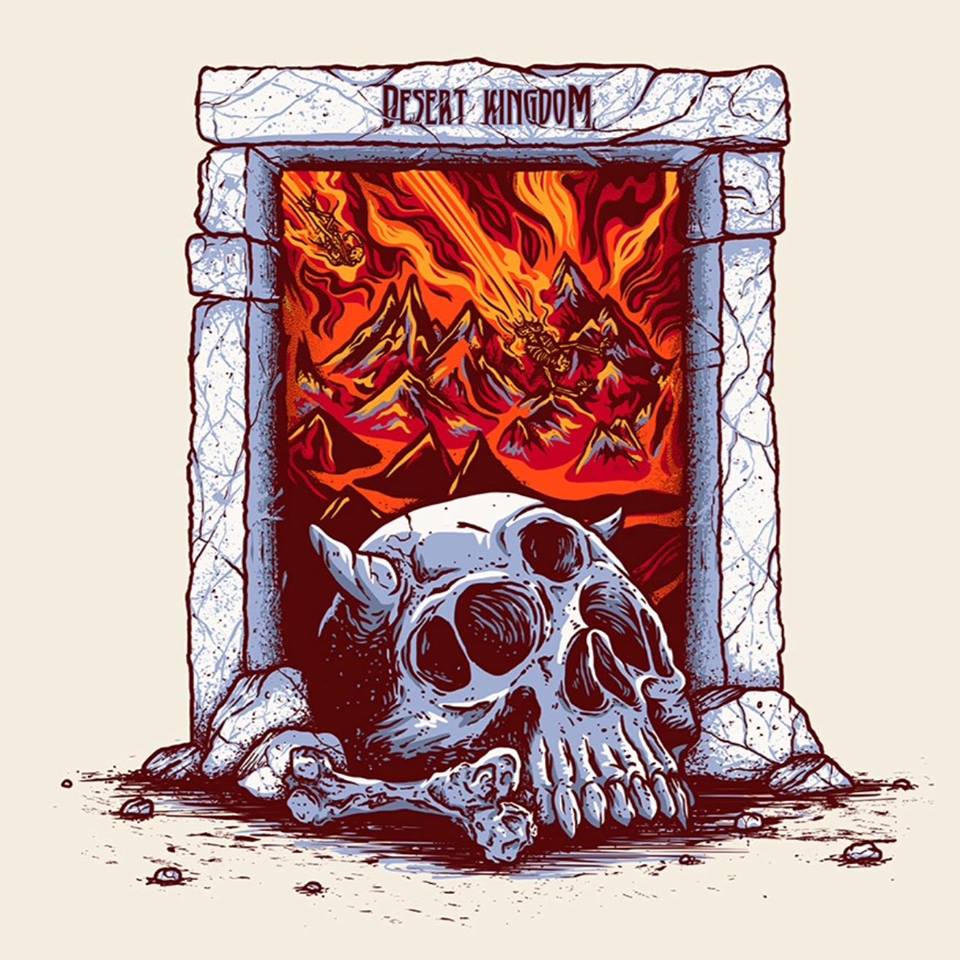 New band, new EP, new review to be written, so Desert Kingdom’s eponymous EP gets a spin. But hang on, have I made some sort of technological mistake ripping the album, because whilst the player says ‘You’ll Burn’, my brain is saying, “that’s Orange Goblin’s ‘Red Tide Rising’, surely?” However, whilst the opening bars really does harken back to that classic, that is not the the case, and ‘Desert Kingdom’ is proof that there are only so many riffs and beats in the world, and an old git like me is likely to have heard most of them, and instead the track barges like a drunk intent on a mosh into the area of Southern rock, and let’s face it, the Australia that these bruisers hail from is a lot further south than the NOLA sounds that run through this release.

‘Mafiaso Opera’ opens like a High on Fire riffathon, mixed with a hardcore dash of early Corrosion of Conformity, whilst ‘Doghouse Blues’ is not as the title suggests a long lost Muddy Waters classic, but rather a sludgy portion of doom that shuffles forth like Swamp Thing from the bayou. ‘7 Years’ sounds like it was composed after a few puffs of the good stuff was mixed into the band’s normal regime of bourbon and beer, with follow up ‘Abstainer’ picking up the tempo and blowing away the foggy cobwebs with a heavy stomp. Penultimate number ‘Fuck You’ has Desert Kingdom channelling their inner hellish cowboys, whilst the album closes with the suitably titled bogey rock influenced ‘Whiskey’, a number sure to appeal to those who like a large splash of Country in their metal.

There’s a lot to like in ‘Desert Kingdom’, and I could easily imagine their infectious inebriated brand of rock having a Stoner/Doom crowd stomping along, myself included, pint of scrumpy in hand. However, like many new bands, they have yet to put their own unique stamp on their music, and a lot of the time, as you could easily gather from the above, they lean heavily on their influences. That said, there’s a hell of a lot of potential there, and even the greats got to where they were by standing on the shoulders of giants.