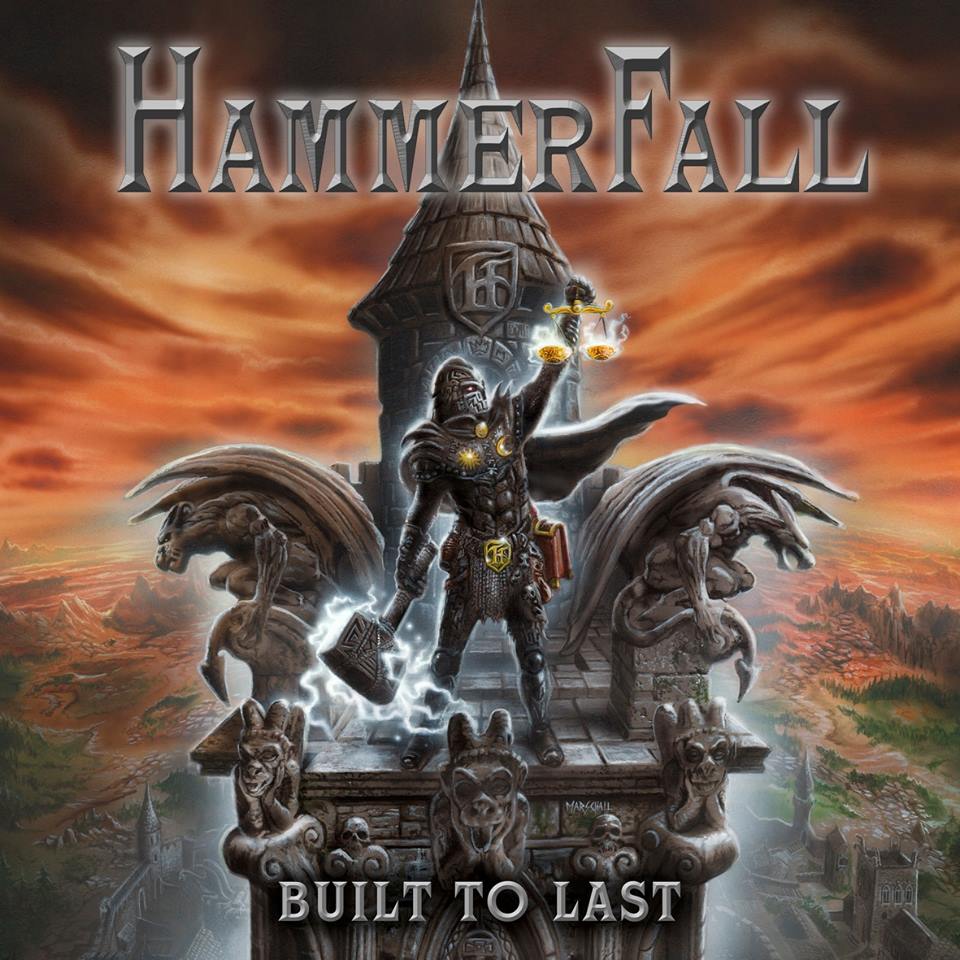 As summer ends and winter looms on the horizon, the clichéd view to take is that the later months of the year are ripe for the Northern European stongholds of music to flex their worth, given how in places, it’s always winter, frostbitten, grim and all those other tropes you see in music videos there and so on. So naturally, Power Metal releases in the later months of the year seem to go down well in terms of a setting. Hammerfall are one of these acts. No introduction is needed as pretty much everyone knows who they are, like Sonata Arctica, they’re happy clappy melodic Euro metal with some real Power running through them, singing songs about steel, hearts, more steel, some snow, more steel and… Steel… So yeah, as you can tell I am dragging this introduction out because well… I brought this misery on me. Being one of the flagship institutions of the European music scene, with a strong fanbase and unwavering faith in their ability and song writing prowess, this bunch are back again with another album. They say they’re built to last… Let’s test that theory.

As you guessed, it’s what you expect from Hammerfall. Steady to nimble paced riffs which are either chugged, gallop or rapidly picked, big meaty distortion, symphonic overtures, widdly widdly wanky keys and solos, melodic and powerful vocals with extra cheese and wails… Oh, and plenty of vivid fantasy styled imagery inspired by the lyrics… And songs which for some reason make you involuntarily flinch towards raising a fist to the sky in power or draw a fucking huge broadsword to go slaying things on horseback.

There are some moments where you can listen to this god-awful cheesefest which is so bad you can almost taste it, and some moments where you actually have some admiration for them with their ability. Case in point is the opening track, “Bring It!”. The rapid fire, scathing metallic onslaught of pseudo thrash riffs with lyrics which are a clear fuck you to all their critics isn’t what you would normally associate the band with and well, if you took the album at first glance and didn’t know better, you’d be nodding in approval.

Then the real Hammerfall comes. With a drumbeat stolen from ‘Over The Hills (And Far Away)’ by the late Gary Moore, “Hammer High” dials up the cringe to 11 and well, it’s just dire. It’d go down well in a live setting, but the whole nauseating lyrical imagery and real poor effort at being Manowar is too much. Acoustic melody lines on some tracks have that medieval feel to them before going into a poor man’s Blind Guardian style adventure themed opus and the bog standard bare bones power metal akin to the likes of ‘Renegade’ and ‘Hearts On Fire’ by the band, is just.. well typical.

Toeing the line between being standard cheese laden European Power Metal and (Politely speaking) utter bollocks, this long standing Scandinavian institute of Power Metal can hold its hammer high, go on its snow trodden plains with steed, steel and sword by its side and it can challenge it’s critics to bring it, because quite simply, it’s terrible. Musically, it is a solid slice of melodic power metal but rather repetitive and what we generally expect from this band who don’t seem to have actually added anything to their sound, so it would have been a 6/10 on a musical basis… But the vocals, despite how clear they are and the control and delivery being solid… It’s just terrible. Keep your steel, keep building whatever it is that is meant to last, because I don’t want any part of this drivel. I’m sure a tank driven by Sabaton could destroy whatever it is Hammerfall are trying to build, and I sit here wishing it would.