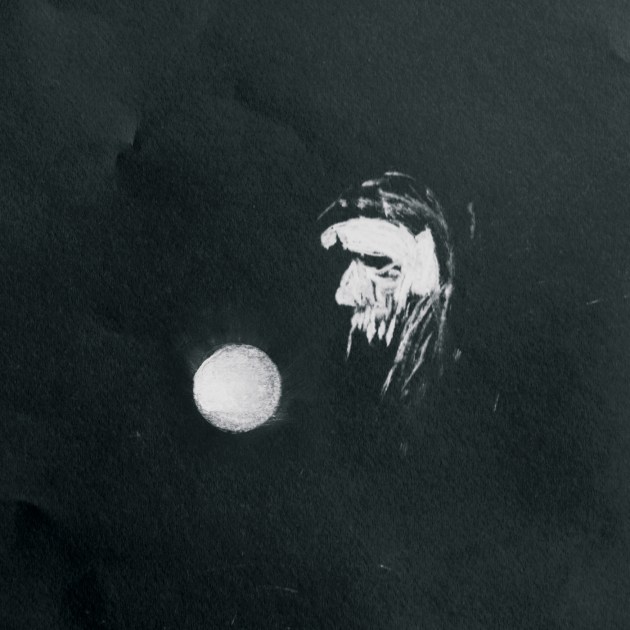 I am only a recent convert to the cult of Furia having 1st heard the Polish band with last album Nocel on its re-release. It was an incredibly complex album and once it started it never let up with a huge burgeoning mass of precisely delivered riffs and a really formidable melody. Needless to say as soon as this one popped up on my radar I was ready to be both blown away and baffled once more. ‘Moon Silent Severe’ as the title translates to is not actually quite as dense and a complex work as its predecessor and once I had got my head around the fact it is versed in a language I have no comprehension of, musically the textures and repeated melodies were very quick to ensnare. Furia cannot really be classed as black metal per se, certainly not in the traditional sense or the post as has become so much more prevalent. Avant-Garde it certainly is but the bands own description of ‘Nekrofolk’ seems to be the best fit of all.

Track titles such as ‘Za ćmą, w dym’ ‘For The Moth The Smoke’ don’t make the most sense but as the moon traverses across the night sky musically we can at least follow its path. Almost jazz like tones slowly ebb out and there is a real doomy and moribund feel to the music here far from the more upbeat and even joyous tones of the last album. The gloomy melody gears up with a near stoner look reach from the guitars which suddenly unravel with a flamenco etched sound. The players who nearly all at some point have also served time in Massemord make it all sound flawless as the jam away. Spoken word parts morosely enter briefly and the melody is excellent as it literally drenches you. More strident and clean vocals rise above it all adding to the weight of the number but although rousing it all drops down into a despair filled pit as we move to the next number which strips everything back ready to start again pretty much from the ground up. If you are looking for something fast and furious here on the whole you don’t get it. Furia play at soaking the listener in melancholy and then suddenly flying into more aggressive passages when you pretty much least expect it. Yes there are driving parts with whiplashing blackened thrusts and clamouring dictatorial vocals but you have to be patient waiting for them. For me after a first couple of listens to get acclimatised to it, things all worked perfectly and the album flows in a seamless fluid passage.

The 6 tracks all have plenty of depth about them and work excellently together, contrasting at times but working overall as a whole. There are some raging rhythms and stormy parts with backing vocal roars and lots of drama to be found here. There are also some guitar parts that have a classic black metal feel to them as well as plenty more delicate textures. When the band employ some glistening parts to the riffs giving some near Gothic grandeur too that also works fantastically well. Perfectly played out over a very accessible near 45 minute running time it’s also feels a lot more simple that Nocel, however once you peel back the layers you will realise that the album is packed with ideas and full of depth. Really though this is one of those albums that you can only truly lose yourself in and experience properly by listening yourself. Doing so is very much recommended.