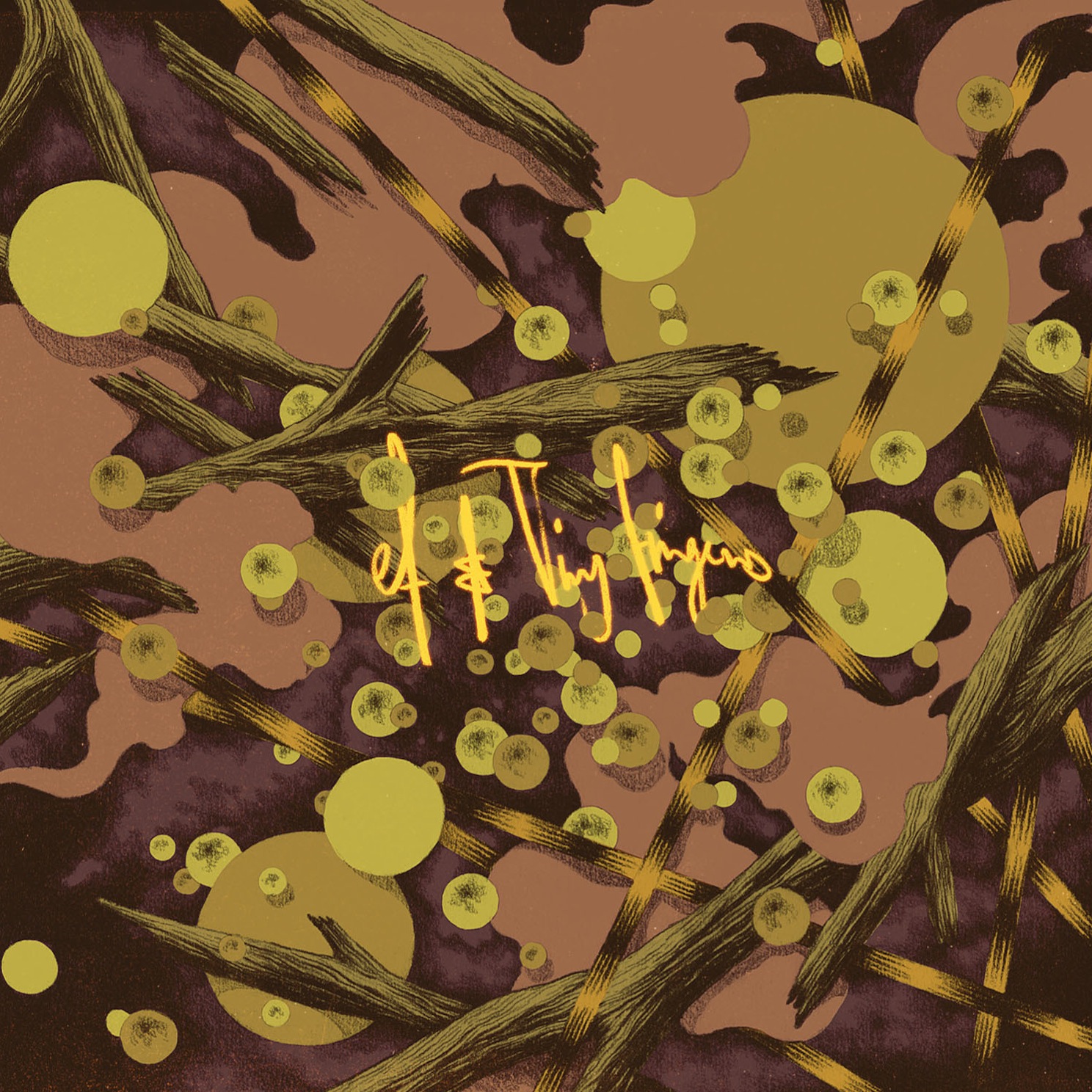 This split-EP is a collaboration between a ten-year old act from Gothenburg and a leading force in the Israeli music scene.

With a decade of live performances under their belt, the DIY post-rockers Ef have played with a vast range of bands and have built up a reputation for appeasing fans of both sweet sounds and heavy crush. Here, they set about drawing inspiration from the natural world to piece together a heart-warming wash of colour.

“Hiraeth” stretches into view with its exposed soft underbelly instantaneously exposed. It’s a gently tentative, rich piece of ambient music with building drums and an orchestral flood of violins. It’s only at its climax that the claws come out as the band show they are unafraid of tackling distortion and discordance. “Sju” works the emotions a little harder by managing to fuse melancholy and warming afterglow. Within a heartbeat rhythm, yawning violins and a sparkling synth wash, they filter the echoing sound of chirruping nature. Each delicate note is placed carefully and used sparingly, with the focus on space and echo, to create a series of continuous, supple fluctuations.

The remarkably odd “11ShotsAndSuddenDeath” moves keenly from piano-led meander into what feels like a reprise of “Sju”. It honestly feels like we’ve been dumped midway through a song into a chorus. “And down we fall” is a catchy hook but after the millionth time it does get repetitive. The song feels incomplete despite the fact that it has two natural conclusions within it. Beyond even that we find it then dragging on unnecessarily to 8:11. It’s the unconvincing song that won’t die.

Next on the bill we get instrumental psych-rockers Tiny Fingers. With their diverse sound, these dudes have been asked to perform with such diverse acts as The Mars Volta, Damian Marley and the Dub Trio. When you hear their music, it’s not difficult to see the connections.

“Dust” offers up a broken backbeat with samples, coloured with a rich cosmic vibe and a smattering of electronic effects courtesy of the fantastically-named keyboard player, Nimrod Bar. Wild, overdriven guitar a la Monster Magnet completes the set as suddenly we find ourselves in a whole other universe to the one we began in. After pitching up such a curveball, “Sanhedrin” simply hits it out of the park. A super-smooth jazzy set-up with brushed drums drives a sampled wash burning with portent. Like waves crashing back and forth on the beach it shimmers on and on, morphing to oblivion and I love it.

One presumes it’s the pair’s vintage sound that convinced them to combine EP’s but one suspects it’s more the case of a label alpha dragging along a rough diamond. It seems a pretty safe bet that most will come away having discovered something they dig, but also plenty of filler that they wish they hadn’t uncovered.