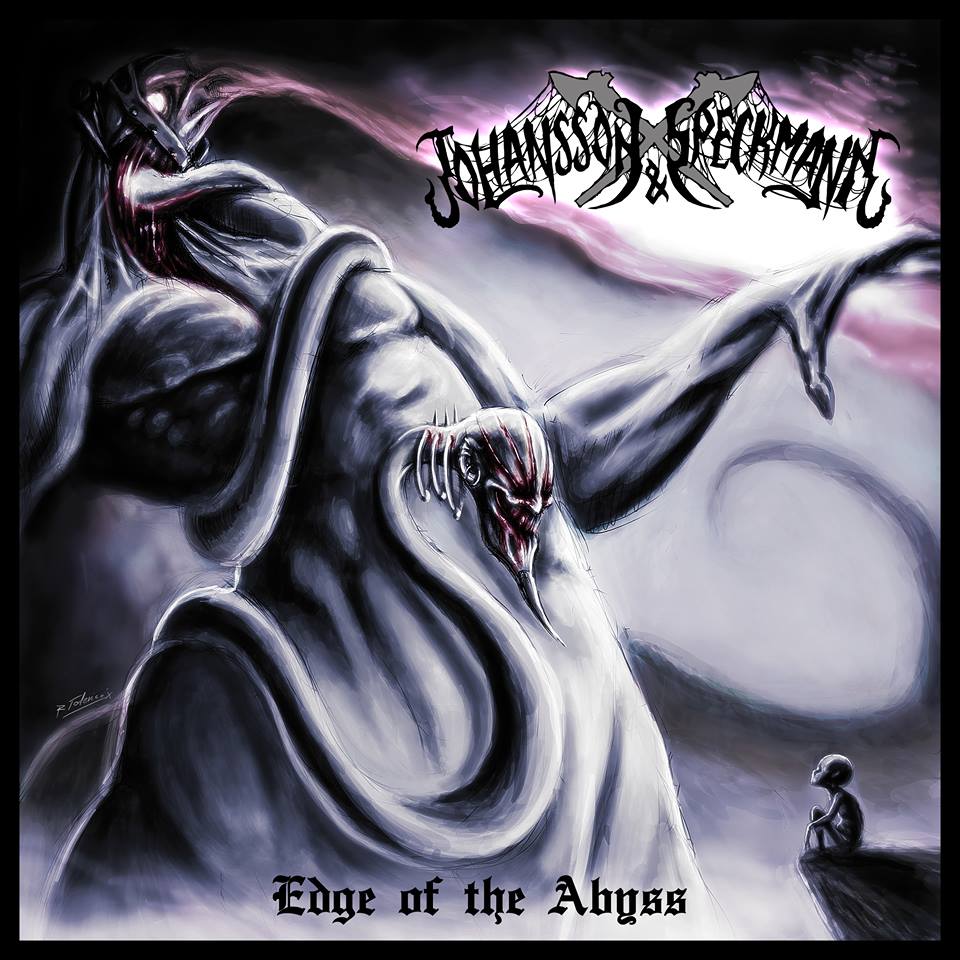 If you look up “Busy motherfucker” in the Oxford English Dictionary, chances are you’ll be confronted by a photo of Swedish guitar lord Rogga Johansson. This bloke is in so many bands he makes Shane Embury look like a workshy layabout. Seriously, I just had a quick scroll through my iPod – Bone Gnawer, Down Among The Dead Men, The Grotesquery, Paganizer, Revolting, Ribspreader, Soulburn, 11th Hour….. Someone get a blood sample, the bloke’s a death metal riff cyborg! This’ll be the 6th release I’ve reviewed over the past 12 months that he’s played on and that’s six different bands!

As for Mr Speckmann, well if you don’t know who Paul Speckmann is you’re on the wrong website mate. The Chicago born growler has one of the most unique voices in all of death metal and has been delivering the goods since 1985 when he formed Master, one of the most influential death metal bands out there. The guy is a bona fide underground legend!

Both Paul (vocals) & Rogga (guitars & bass) got together along with Norwegian workhorse drummer and band-mate of Rogga’s in Ribspreader / Megascavenger / The Grotesquery (what is it with these Scandinavians? Do metal bands get a government grant or something over there?) Brynjar Helgetun in 2013 and ‘Edge Of The Abyss’ is their third LP.

This is without doubt my favourite death metal release of 2016 so far and a massive leap forward in every respect from their previous album ‘Mask Of The Treacherous’ and that was a damn fine record in itself.

From opening track ‘Perpetuate The Lie’ this is an absolute master-class in death metal. A touch of Unleashed here, maybe a bit of Grave but this isn’t the ‘drenched in HM2’ fuzz that a lot of the new / old school imitators are peddling.  Rogga is one of the greatest riff writers out there and every song is memorable whilst at the same time maintaining a savagely brutal groove. Paul’s vocals have never sounded better either. No one has a voice like Speckmann and that ‘angry, drunk tramp just shoved off a park bench’ growling drawl is as unmistakeable as, say, the vocals of Martin Van Drunen, John Tardy  and Kam Lee….and just as menacing.

This isn’t a showcase of  hyperblast, technicality either. Oh no. Paul & Rogga know exactly what constitutes a quality DM tune. From the crushingly heavy intro to ‘You’ve Stepped On A Dime’ which seamlessly generates a real punky vibe as it gets going to the cock-sure treacle thick groove of ‘Turn It Around’ the variety on offer here is unmatched. Don’t worry, there’s no ballads & no proggy widdle-wank, this is meaty as fuck, brutal old school death metal played by seasoned, battle-scarred experts.