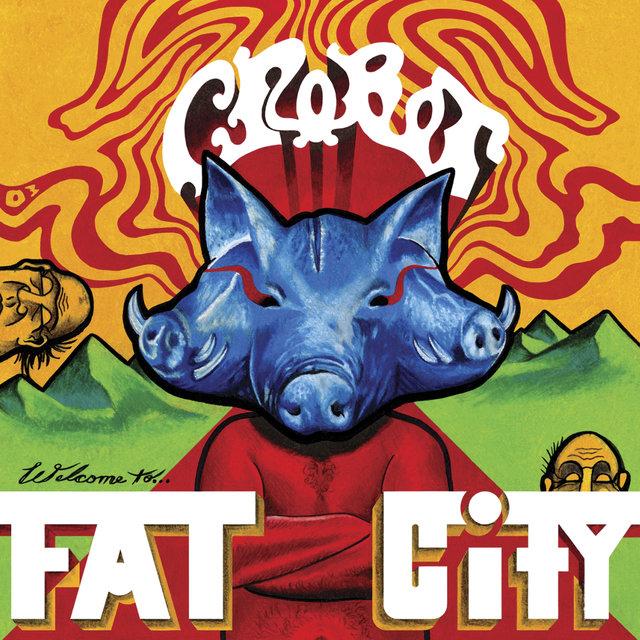 Back in the mists of time, okay October 2014 to be honest (see Ave Noctum passim), I reviewed Crobot’s first release ‘Something Supernatural’, and revisiting that review, I guess I was less than generous, enjoying it, but not being blown away by it. Well, in the two years since that date Crobot have toured pretty much relentlessly, including a couple of gigs I managed to get to, not least of which was a truly memorable date when they hit Glasgow with Scorpion Child for what was a mind blowing set, some of the songs from the then forthcoming release being forged in the crucible of live shows. Now all that hard earned experience garnered on the road has been gathered together and squeezed into their second release, ‘Welcome To Fat City’.

From the off with title track ‘Welcome To Fat City’ Crobot nail their flag of groove to the mast, unashamedly revelling in a retro hard rock sound that is heavily tinged with funk, the song oozing with a confidence that belies the fact that this is only their second album, this incarnation of the band coming together in 2012 when the brothers Figueroa took over the rhythm section. This same hip swinging swagger continues unabated in ‘Play It Cool’, a track that took me back to the Seventies heyday of Stevie Wonder long before he became known for the cheesy schmaltz of ‘I Just Called…’ and similar insipid tracks. ‘Not For Sale’ puts the pedal down and ups the pure rock quotient, front man Brandon Yeadley’s being born aloft by a hook laden guitar riff and pounding bass and drums, an even greater vocal dexterity shining through in follow up ‘Not For Sale’, displaying the sort of range and clean sustain that would surely have the likes of Paul Rodgers giving a nod of appreciation. Indeed, ‘Not For Sale’ is the sort of track that could easy have come from a Bad Company album, such is the unalloyed quality. Not one single track lets the album down, be it ‘Temple In The Sky’ with an almost disco guitar break, or the hard rocking ‘Right Between The Eyes’ or the psychedelic tinged blues of ‘Moment of Truth’ or album closer ‘Plague of the Mammoth’ with massive slabs of groove being laid down by guitarist Chris Bishop, each member of the band firing on all cylinders throughout, never once resting on their considerable laurels nor relying on the massive good will and anticipation generated by their first album.

‘Welcome To Fat City’ is an album that could easily have escaped from the past, travelling through a time tunnel from an era before all music had to be pigeon-holed into tightly defined genres, and woe betide anyone who dares to like more than one type of music, an era before snobbery where rock, funk, blues and soul acts would comfortably play the same bill without fans segregating themselves and staring daggers at each other. It’s just a shame that it is impossible for a piece of plastic to capture all the energy the band bring to a live show, and as well as buying the album, I encourage anyone who can to get to one of Crobot’s live shows where their infectious energy and sheer joi de vivre lifts each track to a new level. This is a band that I want to catch on stage again and again, and if they ever manage to somehow harness all their presence and energy into a recording, that may well be the day I award my first ever 10/10.