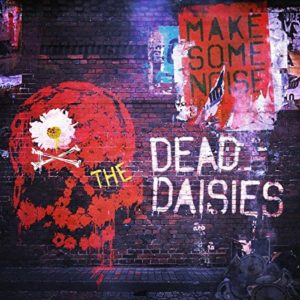 Every few years or so, there always seems to be a huge influx of musicians already in bands looking to collaborate with each other for various reasons. Some of these collaborations become fully fledged bands with a life of their own and have one or two albums before calling it a day, whilst others just seem to be a studio entity or a stop gap whilst all their member’s respective bands have put a pause on their projects. Bands like Audioslave and Velvet Revolver fall under the first category, both put out a fantastic debut album and then sizzled out in subsequent releases, whilst other bands, more commonly found in the prog and power metal realms such as Demons And Wizards, Trans Siberian Orchestra and Liquid Tension Experiment are more stop gap projects which have a finite lifespan of activity and create a buzz when they surface. These could be called ‘Supergroups’, but who do you think of when the term ‘Supergroup’ is tossed about? King Crimson were one of the first instances of this, a group of highly respected musicians brought together under one mastermind and in the modern setting, Ayreon can be held in the same regard.

So where do The Dead Daisies fit into all of this?

Formed by members of some of the well known and much loved bands of classic rock and hair metal, AOR and more accessible, semi-‘mainstream’ friendly (for their era anyway), they can be classed as a who’s who (God I hate that term!) of the classic era in rock and metal. With a core of members and roving guest appearances in the live setting, bringing the sounds of their era back for the current day, this band certainly have the reputation for a Supergroup… But what it boils down to is this… Will they bloom or just end up like their name? A dead, garden variety collaboration of musicians?

It’s hard to gauge whether that is the case or not because when you hit play, the aptly titled opening track, “Long Way To Go” comes in with that classic build up feel which subconsciously takes over your mind and before you know it, the hooks are in and it works you like a marionette, making you move in time to the dirty and raw groove. Sharply delivered with plenty of melodic qualities, gritty vocals and a real lively bassline, it’s something straight of the power rock playbook.

This theme continues throughout the album and when you take into account the band members on this recording – Doug Aldrich (Whitesnake, Dio, Glenn Hughes) and David Lowy (Doc Neeson’s Angels, Red Phoenix) as the twin guitar assault, Marco Mendoza (Thin Lizzy, Whitesnake, Lynch Mob) on the bass and Brian Tichy (Berklee graduate, highly sought after session musician) on the sticks completing the rhythm section and John Corabi (Angora, Scream) on vocals, it comes as no surprise. All throughout the recording, you see the various influences of the bands these men have been a part of creep into the sound and similar bands to their era.

Whether it’s the gritty vocal storytelling in the melodic and anthemic Thin Lizzy meets Whitesnake-esque “Song And A Prayer” with its massive sounding choruses or the Billy Idol feel “Mainline” which oozes with that punkish energy, it certainly acts as a fitting nod of approval to the years gone by musically. They even play other people’s material rather well too, putting their own spin on the CCR classic, staple of every Vietnam War film ever, “Fortunate Son”, giving it a fairly heavy injection of hard rock and metal. With grittier Vocals, teasing lead fills littered across the track, a real raw rhythm and some pounding bass and drum work, it stays true to the original in some ways, but has a whole new identity in this delivery, the kind of thing you want from a cover song!

It’s a good album too in terms of sound. It has that classic feel to it in the musical delivery, but the modern edge to the production, making everything crystal clear. On one hand, this is great because you can hear every little detail but on the other hand it lacks that feel some of the classic albums had with that raw, untamed energy in them. Still, you cannot deny this recording does bring the nostalgia feel for those who went through this type of music first time round or like me, those brought up on it. This is embodied in the closing track, aptly titled “Join Together” which has an uplifting and positive message lyrically and musically, it has that anthemic big rock feel, full of catchy riffs, dirty blues feel and some talk box and harmonica riffing for good measure.

Overall, this boils down to two things, 1 – Your liking of hard rock and radio friendly metal and 2 – your view on these kind of supergroups and projects. For me, I like both because sometimes you find one of these projects which shines out amongst the generic feel of what is popular at the moment. It’s worth a listen and it’s some good noise.