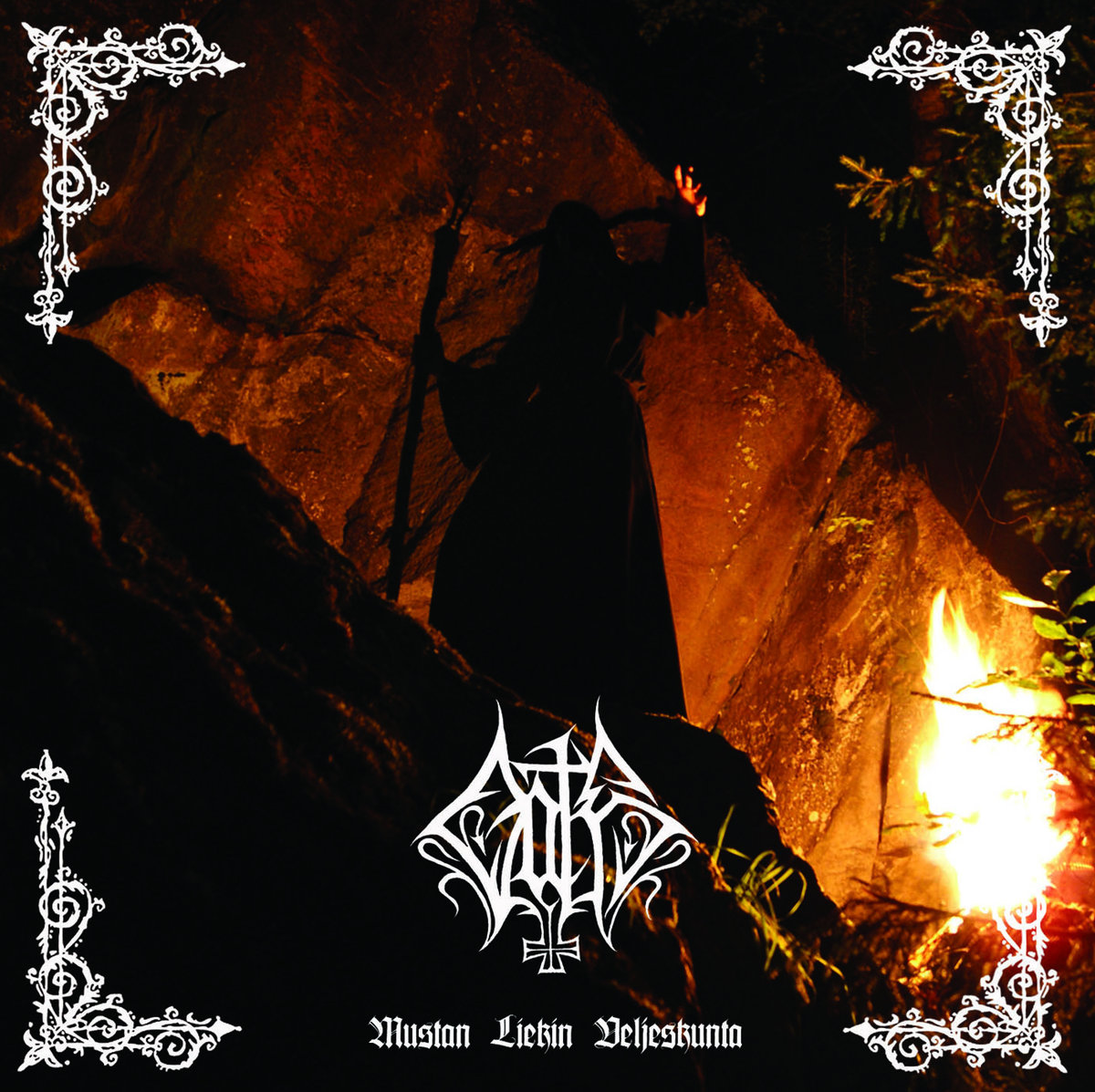 Occasionally when black metal bands progress or step away from the confines of their genre to widen their sound, the results can often be exhilarating, and by the same token, there are bands who just wanna party like it’s the early 90’s.

Such is the case with Finnish duo Oath, who are keeping things as orthodox as possible on their second full-length album ‘Mustan Liekin Veljeskunta’, and that is very good news indeed.

Second-wave is the order of the day here, and the outcome is refreshing and gratifying, with the artwork and presentation clearly sign-posting what its contents might offer, and then delivering it in spades over the course of 36 minutes.

The sinister intro takes a little while to unfold (…you may think that your player has broken), but the cold riffs and Strepsil-inducing rasps (sung entirely in Finnish) from Grim666 on opening track ‘Aamutähden poika’ sets us well on our way.

The clammy, skin-crawling melodies of ‘Lankeemuksen tuhannet kasvot’ gives the proceedings the kind of quasi-medieval feel that Abomino Aetas displayed so well on their brilliant ‘Sower Of Death’ album, and ‘Khaos’ reveals a truly melancholic side to the torment.

The almost stoner groove to ‘Amen Apollymi’ is quite surprising, and its percussive “crack” gives the track a black metal ‘Wherever I may Roam’ vibe, and the gallop of epic closer ‘Pedon profetia’ rounds off an album of ferocious, yet carefully measured darkness.

‘Mustan Liekin Veljeskunta’ doesn’t just blast away for the sake of it, V. Khaoz’s drumming never overwhelms the production, and the keyboards retain the subtle majesty of early Emperor.

If you happened to spot this album in the racks of your local music store (which would be great in itself), you would probably know what to expect…and you’d be right.

Thank fuck for that.

This may just be the “true” black metal album to beat this year.