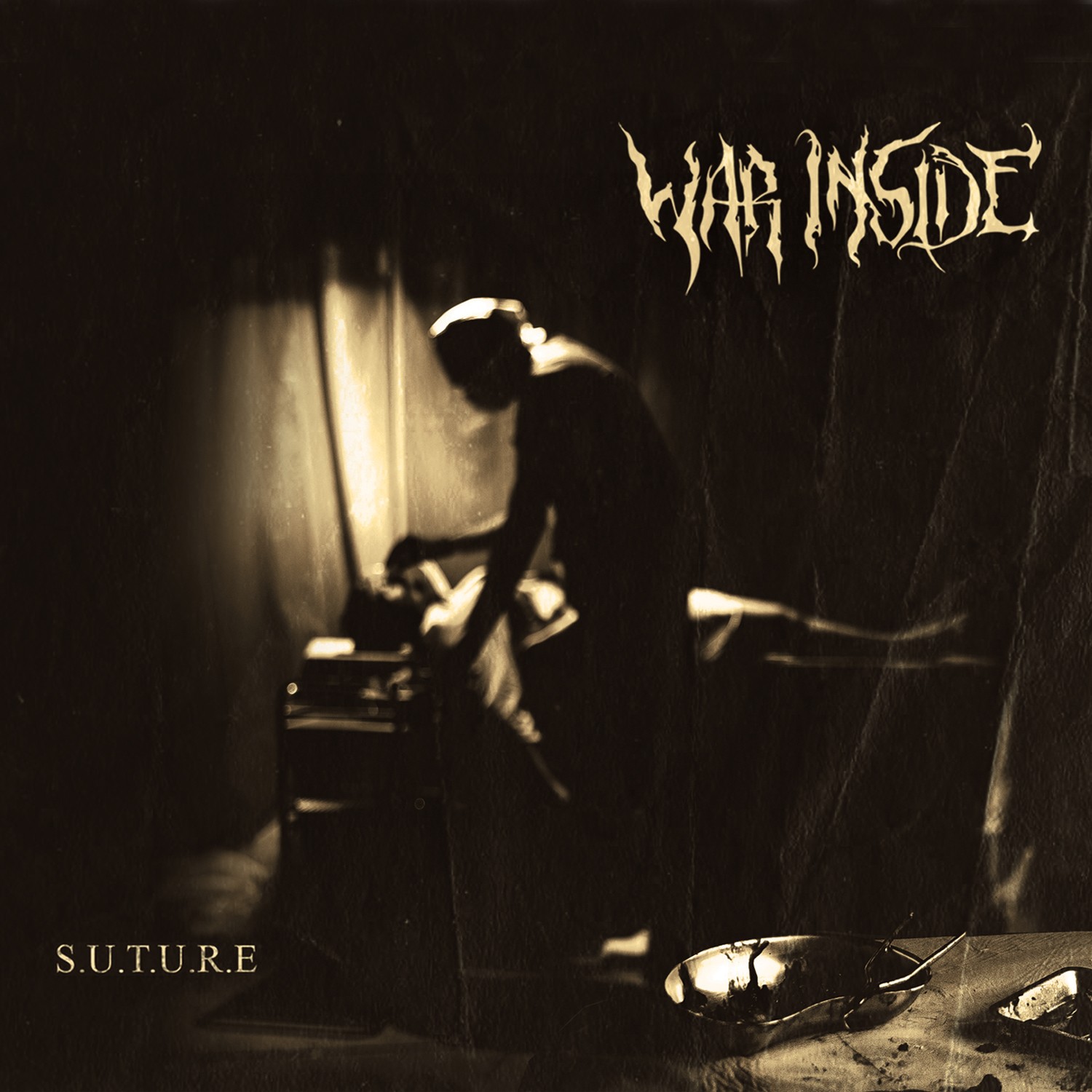 For some reason I had an air of anticipation about this album that bordered on nervousness completely down to the band being from France as more often than not bands from there rarely have a rule book for their compositions as War Inside reveal their second album.

Initially the opening track “Demiurge” was a strait laced blackened death metal obliteration with some truly terrifying vocal screams that are married to deep tones that almost go unnoticed. As the tune progresses the black influence cuts in when the pace is dropped that enables the track to take a slight deviation into a more furious blackened style. The lead break expertly signals a return to the opening riff and as the tune hits its climax the intensifying vocal tirade is nigh on nightmarish. Much of my superlatives apply to the rest of the album but I’ll elaborate further.

Overt sonic crippling continues with “The Milgram Whore” which is slower but equally insidious as sporadic blasts etch into the tune. The riff break is a little clumsy as the deathly guise of their song writing is rendered by a chunky riff and developing double kick. After the first two tracks I did wonder what the hell this band was going to do next and like nearly all French bands they completely change approach on “Body Bones” which is far slower and has a Marduk feel and adopts an icy aura grimacing with sadistic glee with the duelling vocals. I did enjoy “Name Us Defective” which has hellish vocals and listens like Dissection musically especially when the riff break comes in. The track is demented vocally with only that riff break to cushion the blow that inflates the song into an excellent and very melodic section.

The instrumental “Penance” was unexpected and is fantastic showcasing an exhilarating and showy guitar display that links brilliantly with “Cold As Dead” which has a pervading ethos of dread with its slower tempo that steadily retains the dread with a croaky black metal vocal line. The track evolves via the double kick intensifying with each passing second as the guitar flows like molten glass into every nuance of the song with the bass hovering around like a poisonous miasma.

The Dissection styling continues with “Connivance” with its slow but permeating riff and double kick that renders the tune exceptionally melodic. I always love songs that add quirkiness and this does it via death metal riffing that is so accessible you forget this is extreme metal as the tune dives into a brilliant piece mid way that sees a snare roll cementing the sections ready for the onslaught of its finale. This album is monstrous in all aspects as War Inside have produced a sophomore release to challenge any of the forerunners in blackened death metal.