Ferium – Behind The Black Eyes (S/R) 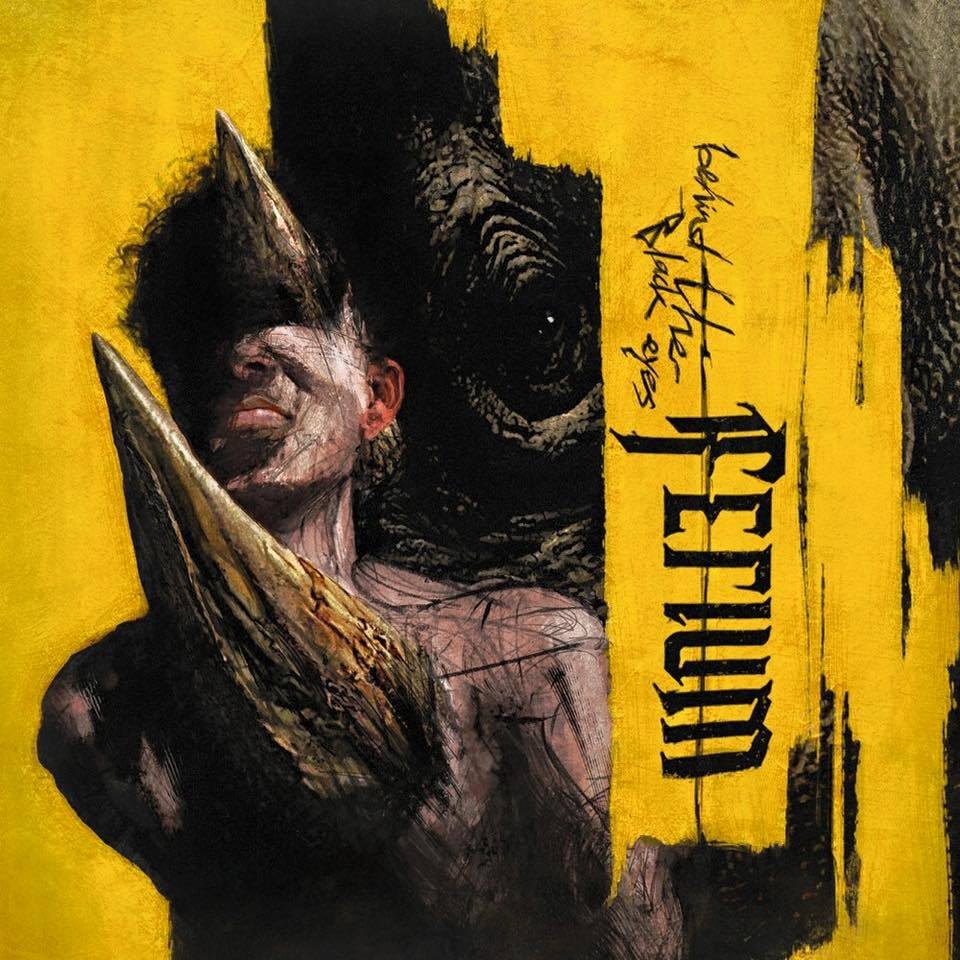 Israeli death metallers, Ferium have been around for 10 years and have just released their second full length album – “Behind The Black Eyes”. The band have some pretty solid touring under their belt in their homeland and have had support slots in Europe. Despite this being only their second release, there is an obvious maturity that shines through and they feel very motivated.

Kicking off with a Metallica sized intro, “Aftermath” quickly propels into fury. There are shades of Opeth in a seething, brutal opening blast that is a juggernaut. Ferium’s authenticity is undeniable with the vocals of Tiran Ezra growling away full of anger and bile. During the next few tracks, we’re treated to some really emotionally charged pieces of brutality that occasionally borders on the progressive. “Power Is All That Matters” and “A Journey We Had” are both a swirling vortex of aggression while “Revelation” is a sea of blast beats in a maelstrom of circle pit inciting venom.

The band cite Meshuggah as an influence and this comes through although Ferium feel like they have a more dense sound underpinned by Ron Amar on drums and Yoni Biton on bass. It’s a very tight and at times caustic mix that’s very propulsive and has a real edginess.

Moving into the album’s second half, “She Feels Like Home” marks a turning point where sadness flows through in the echoed, sorrowful intro. This instrumental sees the removal of the blunt force trauma that preceded with scything guitars gliding through the smooth rhythm. The track segues into “Seven Years Of Seven Levels of Hell” with the simple almost whispered spoken lyric of “she feels like home”, gives an aura of haunting desperation. This piece is dark and utterly lonely with an overwhelming sense of helplessness and despair. On an album clocking in at around 35 minutes this is the only moment that allows you to catch your breath but from an emotional point of view it’s still quite powerful.

The return to aggression is swift as the remaining two tracks return to more familiar territory. Guitarists, Guy Goldenberg and Elram Boxer deliver some churning, chaotic riffs that complement the vocals well as the longest track, “A Free Man” fades away.

“Behind The Black Eyes” is a relatively short, focused attack where the band’s emotions feel like they are being worn on their collective sleeve. There’s a certain brutal honesty in their approach that makes for a good listen. The production feels solid and allows everyone to shine through. Based on the album, Ferium are certainly a band that I’d like to see live and I will keep an eye out for future releases.