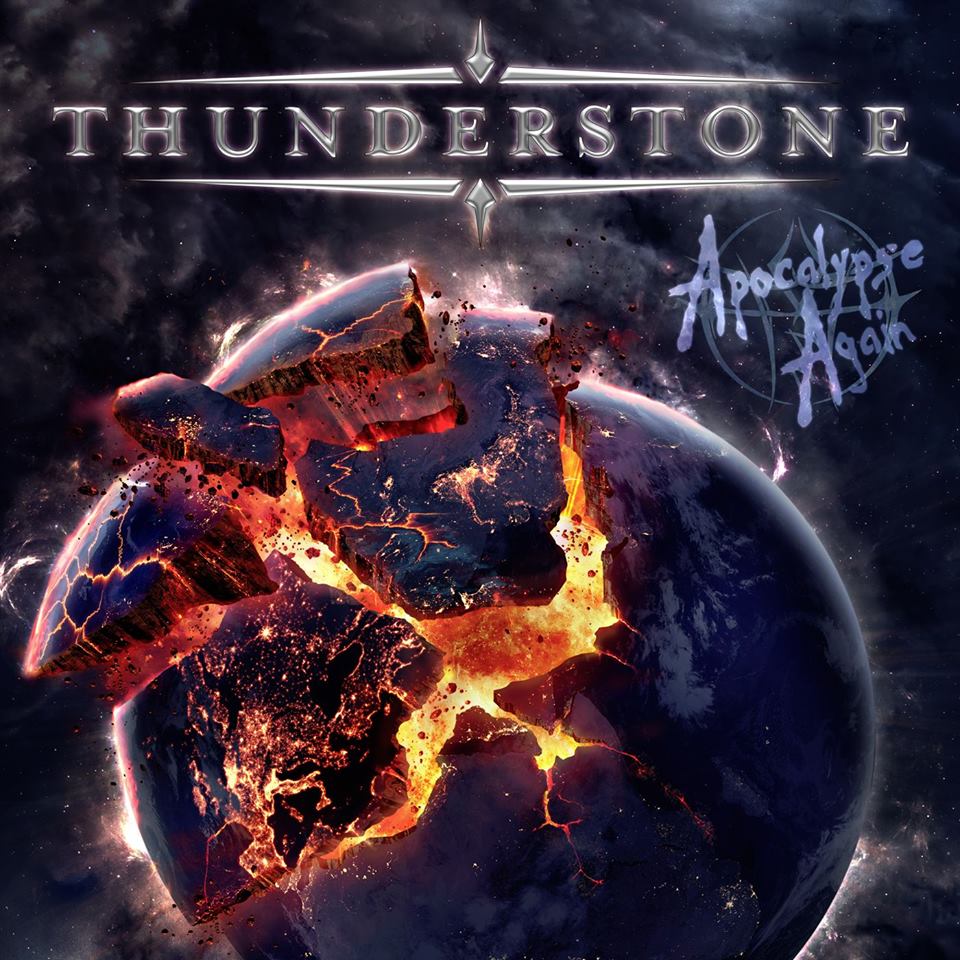 Fifteen years ago Finnish Symphonic Power Metallers Thunderstone hit the ground running. Well, galloping actually, with a debut that got them straight into the top table of the genre. Full of speedy drums, catchy melodies and intricate guitar and keyboards, it had everything a fan of the genre could want. The follow-up didn’t disappoint either, and over a period of five years the band had notched up four top quality Power Metal epics. Then it all went a bit pear-shaped, a couple of members left, including the instantly recognizable vocalist Pasi Rantanen, a fifth album (the bizarrely titled “Dirt Metal”) sneaked out with a different singer, but even musically they sounded like shadow of their former selves. Many fans (me included) started to lose interest…and it appears so did the band, until after a 6 year gap, Rantanen is back in the ranks and we have a new album to enjoy.

The break has audibly rejuvenated the band and they are instantly right back up there again with the likes of Stratovarius and Sonata Arctica (bands they share similarities with, but never in a plagiaristic manor). Rantanen is in impeccable vocal form, carrying every memorable melody as perfectly as ever, but it’s the ease that this comes across within each song that makes you realize what an important factor his band-mates also play. The songs give the vocals space where needed, but introduce fabulous guitar and keyboard solos (and there are some excellent examples littered all over “Apocalypse Within”) just where they should be. Lyrically the band tend to be a little one dimensional, concentrating on the spiritual, but I guess you have to sing about something and as long it’s over a good melody line then it‘s ok.

Thunderstone have always known how to keep an album musically varied and interesting and “Apocalypse Again” keeps up that fine tradition. We get an album that starts rooted firmly in their signature bounding Power Metal form and by the time it draws to a close, the band aren’t afraid to throw in the progressively tinged, epic ‘Barren Land’, with its intricacies and varying tempos. And of course there’s plenty in between, from the catchy Melodic Metal of ‘Higher’, to the double-kick barrage of ‘Wounds’, there is always the band’s trademark melody, delivery and class.

That’s what it’s always been about for Thunderstone, yet so many albums produced and plenty of years in the business have given them the added experience that gives their song writing an air of utter ease and professionalism. The riffs never compete with the vocals, always giving them room to soar, but staying interesting enough to never become just the background. It’s what Thunderstone have done from the start and happily it’s what they are doing once more.