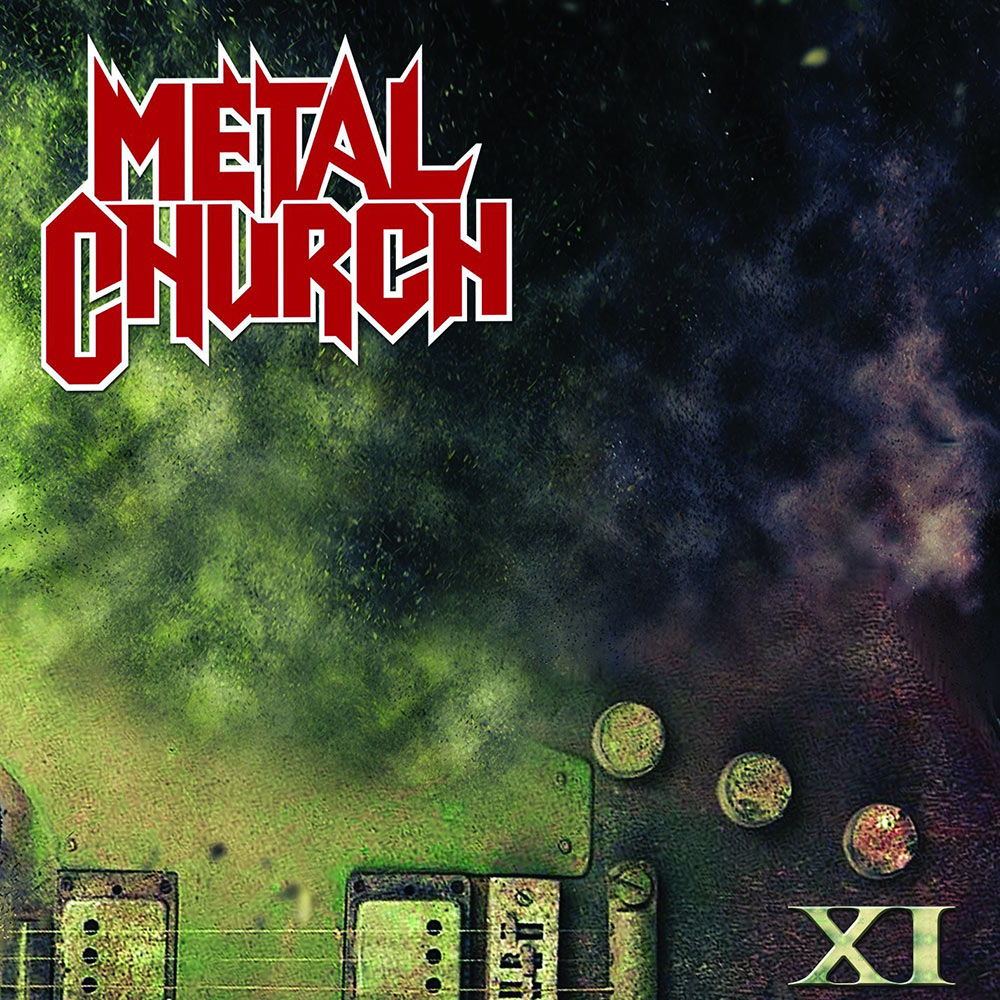 Well it appears Metal Church really do go up to Eleven! …And how many reviews of this album are going to use THAT line?? Anyway, to enable them to go up to “XI”, they welcome back Mike Howe, their vocalist from albums III, IV and V (if that’s how we’re now doing things…). News that I personally greeted with much interest and expectation, as Mike Howe fronted my favourite Metal Church releases (The excellent “Blessing In Disguise“, the fantastic “Human Factor“ and the much over-looked and underrated “Hanging In The Balance”…complete with it’s terrible artwork which did it no favours!). The preceding David Wayne albums are still utter classics of the genre, but after his departure they struck a great balance that still had plenty of power and aggression, embraced the more speed metal approach that they had always had, but now with a different vocalist and his own approach.

So anyone that enjoyed those releases as much as I did will want to know where this one sits in comparison? Before I played it I realized that bizarrely, Mike Howe is actually the only current Metal Church member that was also in the band for those three albums! Weird eh? Yes, I know, I know, current (and original) guitarist Kurt Vanderhoof was still behind the scenes as member of the band, and co-wrote many of the songs back then (and he generally sneaked on those albums as “Additional Guitar” I notice), but given that fact, and what the band have produced since, it would be acceptable if “XI” didn’t sound like those albums at all. But, by the gods it does!

Firstly, Mike’s voice is excellent, it’s like he’s never been away, and I don’t know if it’s the distinctive quality of his voice, but this album could easily follow on from “Hanging In The Balance”. Tracks like the skippy (as in tempo, not in kangaroo…) ‘Sky Falls In’ (enhanced by the brilliant ex-Savatage drummer Jeff Plate – one of only a few skinsmen that I believe could really capture the type of style Kirk Arrington did so well), or the powerful, technical semi-speed of ‘Needle and Suture’ or ‘Killing Your Time’ make me think “HITB” was just a couple of years ago. It’s a joy to hear a band updating and emulating a classic point in their past so effortlessly and I don’t think I was expecting them to sound quite so on the money.

There’s tracks of all tempos and Metal-ness, some cracking riffs, fabulous lead-work and memorable vocal lines – all familiarly Metal Church – but there are still occasional surprises in store that show the band aren‘t just trying to recreate just one point in their career. The album’s thrashy opener ’Reset’ comes across like ‘Ton Of Bricks’ older brother, it’s probably the nippiest song I’ve heard Mike Howe sing (since his Heretic days anyway). He handles it effortlessly by the way. Which is really the vocal benchmark for the whole album. I mean, let’s be blunt, the big news here is Mike Howe being tempted out of retirement after so long…and he just makes it all sound so natural. Such a distinctive voice and varied range that you’d think would have degraded markedly through lack of use, yet he’s hollering away like it’s twenty years ago, on songs sculpted perfectly for his style.