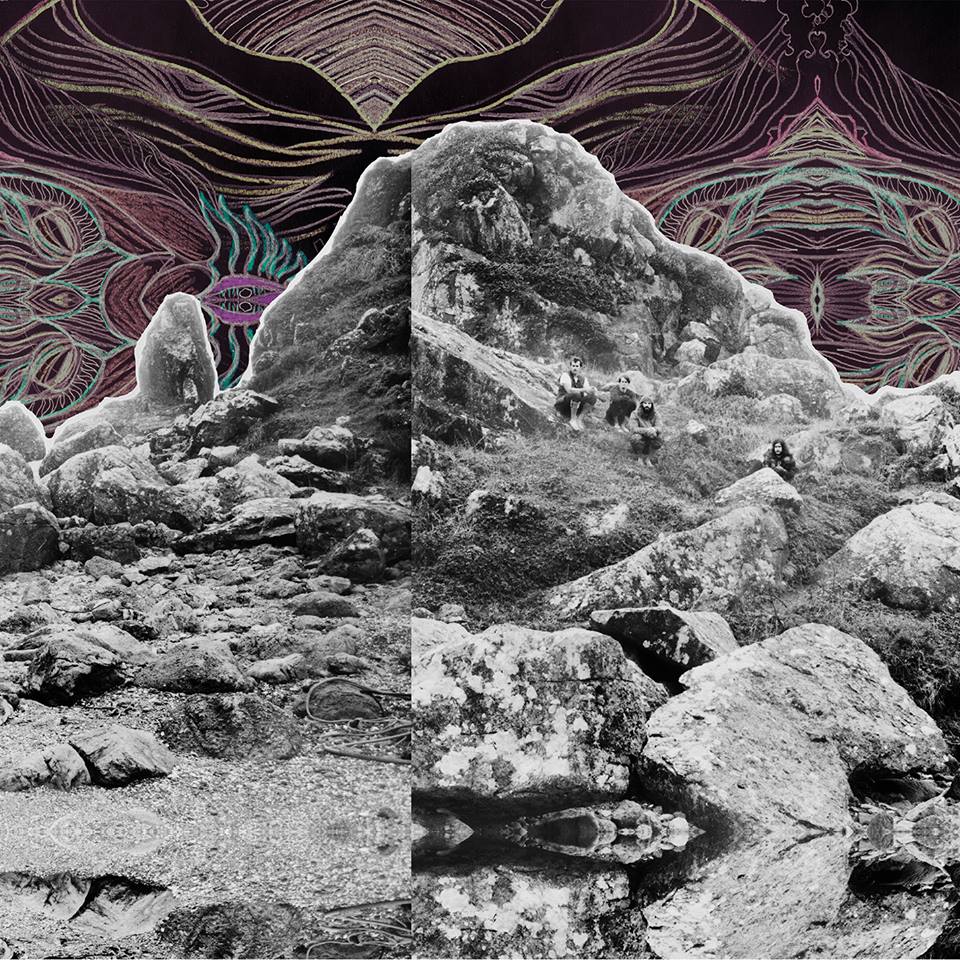 Direct from the recording studio of a remote mountainside cabin, hand-built by the band, perched above the fake glamour of Dollywood, here comes an utterly bewitching album of luxuriantly rich sounds. It draws its inspiration from across the dusty plains, glutinous swamps and rolling hills of arcane America and knits together the softer edges of desert rock and folk blues with transient tonal nods to country, pop, psyche and stoner.

The first thing though that hits you about this album however is the unbelievable restraint shown throughout to not swamp the songs with lyrics, instrumentation or verbose affectations. Remarkable, especially when you consider the quality of the musicianship on show and the melodious quality of the vocalist – one Charles Parks. No, here things are stripped back to allow for the essential to shine and the unnecessary to melt away.

Stepping through the doorway and into that initial mellow riff of “Call Me Star”, you are whisked immediately away into All Them Witches’ universe. The tension, the stress melts away and you begin to float. It works as a real statement of intent, forewarning us to expect the unexpected; there are to be no fireworks, no clap of thunder, no desperate need to blast out your ears before they settle. Hewn back to its humble core, it oozes star quality. Sat atop its mellifluous acoustic guitar, the band displays an exquisite touch, gifting the song a lightness and an almost magical quality. Both beguiling and jaw-droppingly beautiful.

The instrumental eight-and-a-half-minute “El Centro” picks the pace up, drowning the listener in a Torche-like melting pot of battering stoner chugs and shifting psychedelic affectations that centres round a two-note riff. Within two tracks they have blown any preconceptions you might have of the band not once but twice. And for the kicker? How about a spot of “Dirt Preachers”? A driving rhythmic build with a grim vocal performance injected with malice and menace and a storming chorus. The viciously slow final section drags up sinister undertones of religious paedophilia by littering the lyrical wordplay with lines like “Come all you children to my arms” and “Twist your fingers, I’ll call you a star”.

Betwixt and between, there is a bluesy lush jam, a half-whispered vocal, a dash of harmonica and a gorgeous acoustic instrumental to wallow in. Venturing down “Open Passageways ” and its pursuing tonal reprise finds ATW managing to morph the goodness of Coldplay’s early naivety with Moby’s “Extreme Ways”. It’s a monster track of acoustic guitar with bowed violin gifting it a folky hue with a sumptuous kick of vocal hook – “Scream and shout and bellow / Chew up your love then swallow”.

Then, as the album draws to a close, the band continues to loosen their belts, resulting in a maddening dropping away of exploratory content. What it does allow them to do, eventually with Monster Magnet hats firmly in place, is jam; to gradually step backwards from the lead to walk beside the listener offering simple chanted echoing incantations and a degree of psychedelic warbling.

The “solitude of the mountain”, as Parks describes it, has indelibly coloured the album, removing it from their harder, faster back catalogue and gifting it a laconic, unforced swagger and a beautifully controlled flow where everything fits with everything else. Having initially been released in late 2015, essentially what you’ve got here is the record everybody missed from their album of the year lists. From here there are no limits.