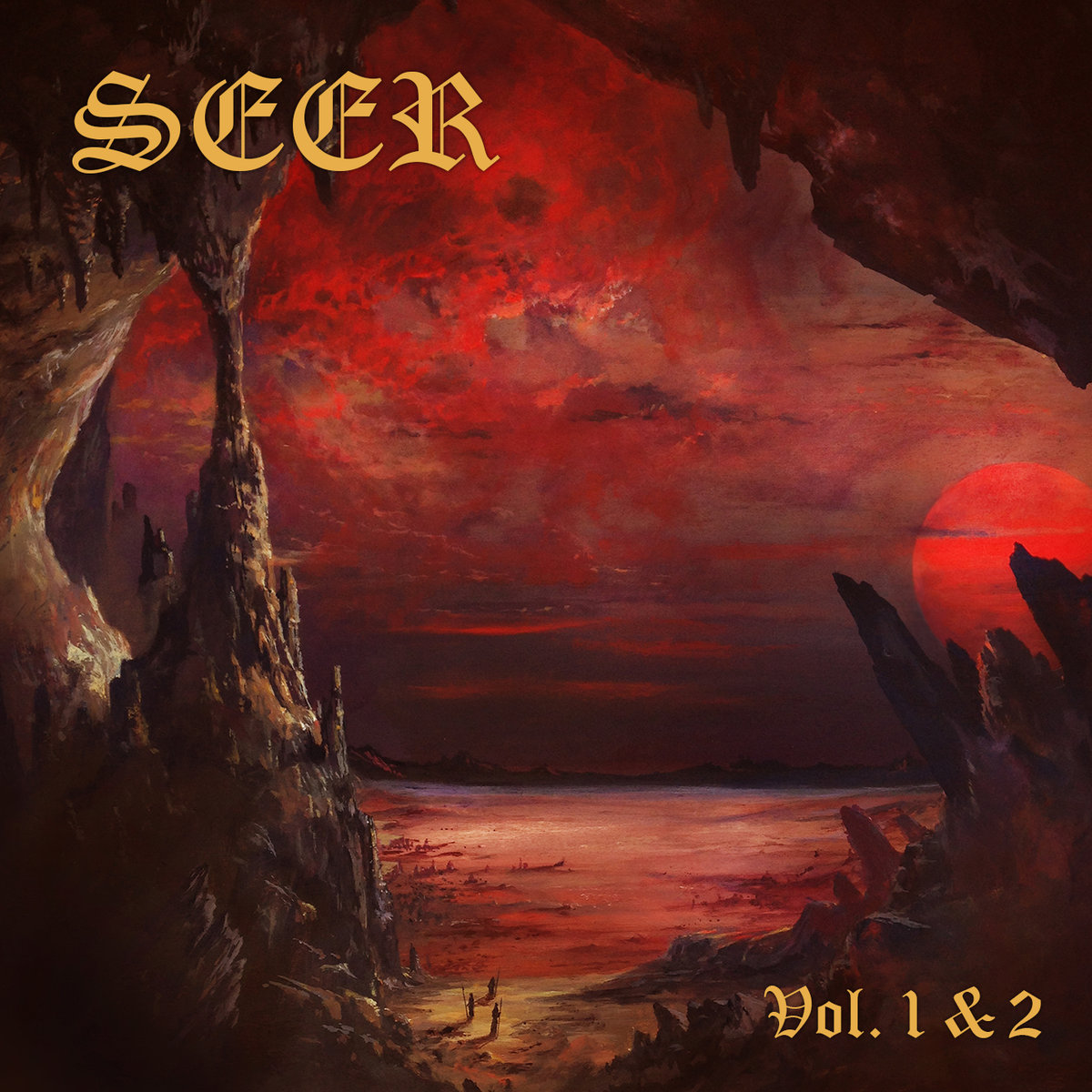 What’s that all about? After a year of reviews dominated by European acts, many hailing from the home of the Viking hordes, the first two albums of 2016 I have to review come from Vancouver. Maybe the muse that seems to inspire so many during the long Northern winters has decided to cross the Atlantic and infect the famously laid back Canadians, eh? Meaningless pondering of coincidence aside, ‘Vol. 1 & 2’ from Seer, are a combination of their 2015 and 2016 EP releases, available as downloads from their bandcamp page, and sent to me as a bundle by Art of Propaganda for review.

‘Glimmervoid’ opens the album as a mission statement for the band; yes it’s as heavy and doom laden as the winter clouds over British Columbia, but to give it a unique identity vocalist Bronson Lee Norton alternates between delivering clean lyrics and a sludgy growl, whilst in the midst of the unrelenting riffs is a bluesy harmonica solo, a sound not normally to be found in the midst of such a heavy number. ‘Hive Mind’ slows the pace, swirling stoner tones weaving their way between slabs of blasting noise to give a sound that is both psychedelic and crushing by turns.

‘Vol. 2’ starts with ‘Cosmic Ghost’, the track opening with a mix of howling winds and a stripped back acoustic guitar matched by a mournful violin that lends a dark country air to the song, evoking an image of snow bound and Wendigo plagued winter tundras, keening slide guitars adding to the bleakness in a stark contrast to the electrified assault of the ‘Vol. 1’. ‘Haunter’ follows hard and heavy, and the amps have been plugged firmly back in for a number that sounds more like Electric Wizard in their heyday than even Electric Wizard sound now, deep, looping riffs combining in a wall of sound with a pounding rhythm section and laconic vocals far back in the mix, becoming pretty much another instrument rather than a system for delivering lyrics, closing at the near nine minute mark with the fading howls of guitar feedback. This same more traditional doom sound continues with ‘Antibody’, albeit at under four minutes it practically sprints past, before the album closes with ‘Aeons’, a meandering instrumental piece of meandering guitars and effects.

With this release Seer have shown a willingness to try and bring new elements and sounds to what could have been a sludge by numbers album, and have succeeded in showing not only a significant achievement, but also one hell of a lot of potential. If the music we so love is to survive, it must develop and grow beyond simple labels and strict parameters, and Seer have shown their ability to do just that.