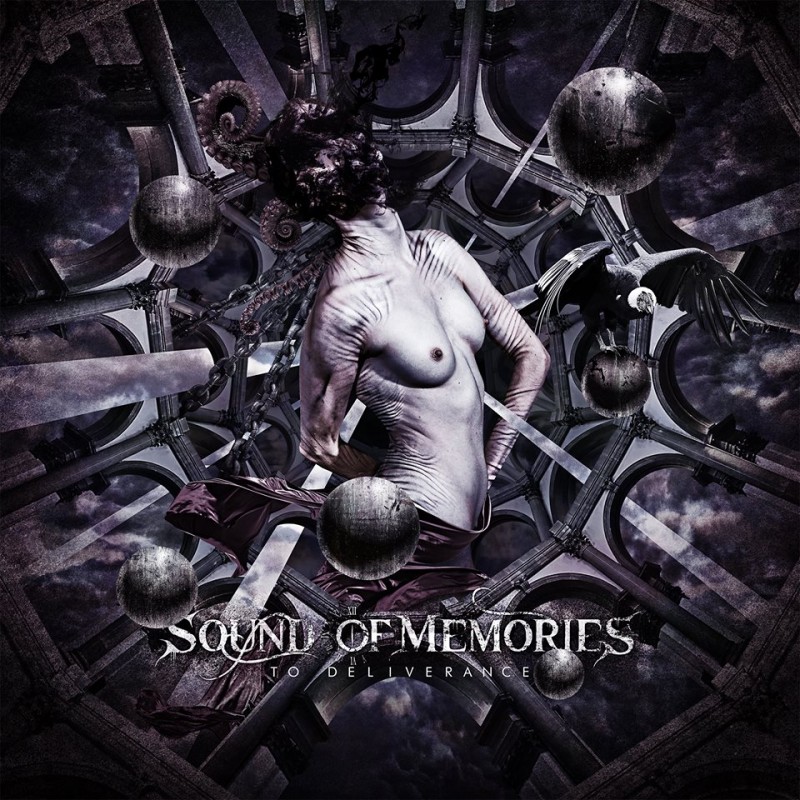 A debut full length from this French melodic death metal band is one that I will look back on and think yes that was a good album but completely forgot about it due to the amount of music I hear like this every month. This isn’t to belittle the bands obvious talent at song writing and arrangements which begins with a soft intro piece called “Non Compos Mentis” which has a classical feel before “Momentum” kicks in with a growling vocal announcement. The production is dense as expected but not overly done so that the songs are rendered sterile as the opener lurches from one hook to another with consummate ease and fluidity as the metal comparison section of my brain thinks about Arch Enemy (as always with this genre), but also Children Of Bodom, Kalmah, Soilwork and a whole host of other acts that I could list. Typically the vocals stay within the confines of growling barking and it is this I feel needs some work to create some identity as whilst true to the origins of the scene they are formulaic.

The opening riff to “Confined In Struggle” is an absolute cracker, saturated in melody but possessing a sharpness and clarity often missed in the genre through lazy playing as the tune leans heavily into modern death metal realms and is monumentally catchy. Adding a slightly different dimension if only for a moment is “Eulogy” with its brief attempt at clean vocals which just about work and should have been used more often as they create that spark of differentiation from other bands that I look for in scenes that are overflowing with bands. “Amenaa” begins acoustically before some deft bass playing is inserted along with a sombre guitar harmony that enables the track to blossom into a formidable riff and following double kick which should have remained for a little while longer before shifting tempo to a bounce laden beat. The copious amount of lead work on this release is excellent and whilst not in the realms of Amott or Laiho the intent and musicianship is patently obvious. Much more aggressive and forceful “Pray For Blood” cruises in with razoring riffing and a multi-vocal approach with screams alternating with the growling exceptionally well and contrasts sharply with the far more laid back riffing of “The Vulture’s Pride” with its riffing effulgence linked to a safer structure one can really absorb due to its innate catchiness cushioned by the rich lead work.

Surprisingly “From Above” has a power metal like riff with accompanying double kick to reinforce my point before the tune reveals a more sinister spoken vocal line that leads into the barking as the clean vocals are present here again and sit far better in this song than “Eulogy” I mentioned earlier. Closing this release is the epic title track and here we get the band blossoming fully with ambitious arrangements and bolder intent within the song writing as the tune develops from humble chug riffing into a song rife with ideas including clean vocals and some theatrical like delivery on the harsher vocals as well. Breaking the song into chunks of riffing each with vocal snippets is excellent as is the acoustic break which is wonderful and offers an aura of tranquillity that is chained to the subtle bass work and emotional solo and I would urge that this style is continued and possibly expanded on the next release as I expect it to be killer based on this debut.