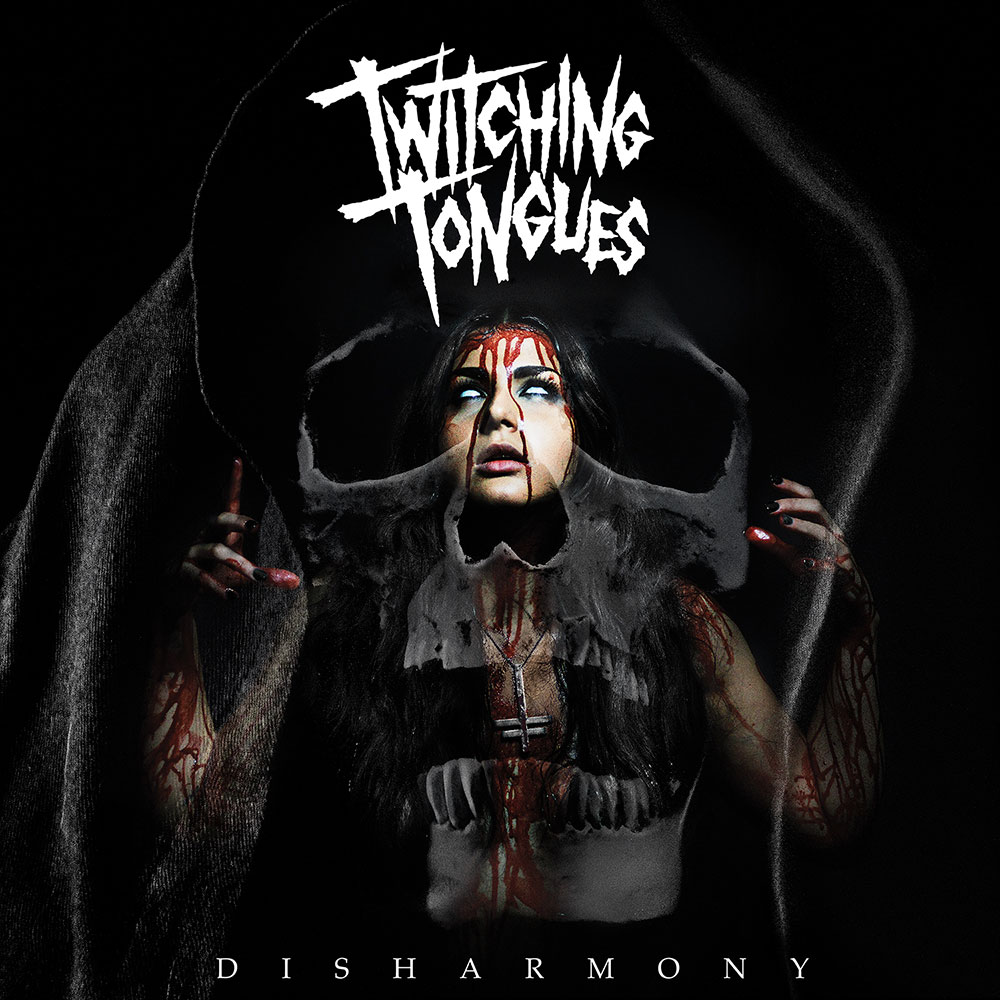 I confess this is a band I didn’t know anything about before picking up this album but it seems that they’ve done the rounds in their six years of existence. “Disharmony” is the LA band’s third full album release. Reading about it suggested a variety of associated sources, among them King Diamond, Slayer, Type O, Godflesh and Depeche Mode with a lot of personal influences. Disharmonious? Well, the title suggests it may be. Only listening to it was ever going to tell me how it all panned out.

What I heard at first was tortured sludge. The title track is pungent and dark. I got the Type O Negative connection. Breaking into a metalcore riff, it’s slow, fast and everything. Hmm. “Insincerely Yours” is fine instrumentally and stands up as a decent piece of metal but the strangulated vocals are challenging and unpleasant. This is something the listener has to get used to as “Asylum Avenue” world of dingy and somewhat chaotic metal is similarly afflicted.

To the credit of Twitching Tongues, they clearly follow their own path without trying to convey any sort of coherence. The tracks are sludgy, creepy, harsh, chunky and in the case of “Cannibal” even thrashy with the one constant being the downtrodden atmosphere. It goes beyond doom but has a suggestion of it. It’s fine until the vocalist starts singing disharmoniously – appropriate, I suppose. “Sacrifice Me” has power and purpose but the vocals are worse than karaoke with the singer straining and not matching the pungency of the transforming death-crunch which itself is underdeveloped and could have greater impact instead of breaking off mid stream. “Arrival” is the track which is most reminiscent of Depeche Mode. With its deep electronic base, this one is moody and I liked it more than anything I had heard. Metal shapes return in the form of “The End of Love”. It has a good riff line, a well integrated solo and sense of crushing ghastliness but the vocals as usual come from some other planet. There’s an element of psychedelia within a doomy framework about all this, I thought, and listening to “Cruci-fiction” my view was reinforced. Take away the car crash vocals this would be impressive. Even then there’s a haunting chorus line and alarm sirens which are entirely appropriate to this fearsomely heavy fare. Doom becomes sludge as “Cruci-fiction” batters on remorselessly. The mood then changes to a sultry piano and organ passage, and at that this strange journey was over.

I think this one is an acquired taste. I understand Twitching Tongues have a cult following out there, so there is a wider audience for this eclectic metal style. To be fair, I can’t say the title didn’t warn me of what to expect. “Disharmony” is ok but for me strongly divided itself into distinct strengths and weaknesses.