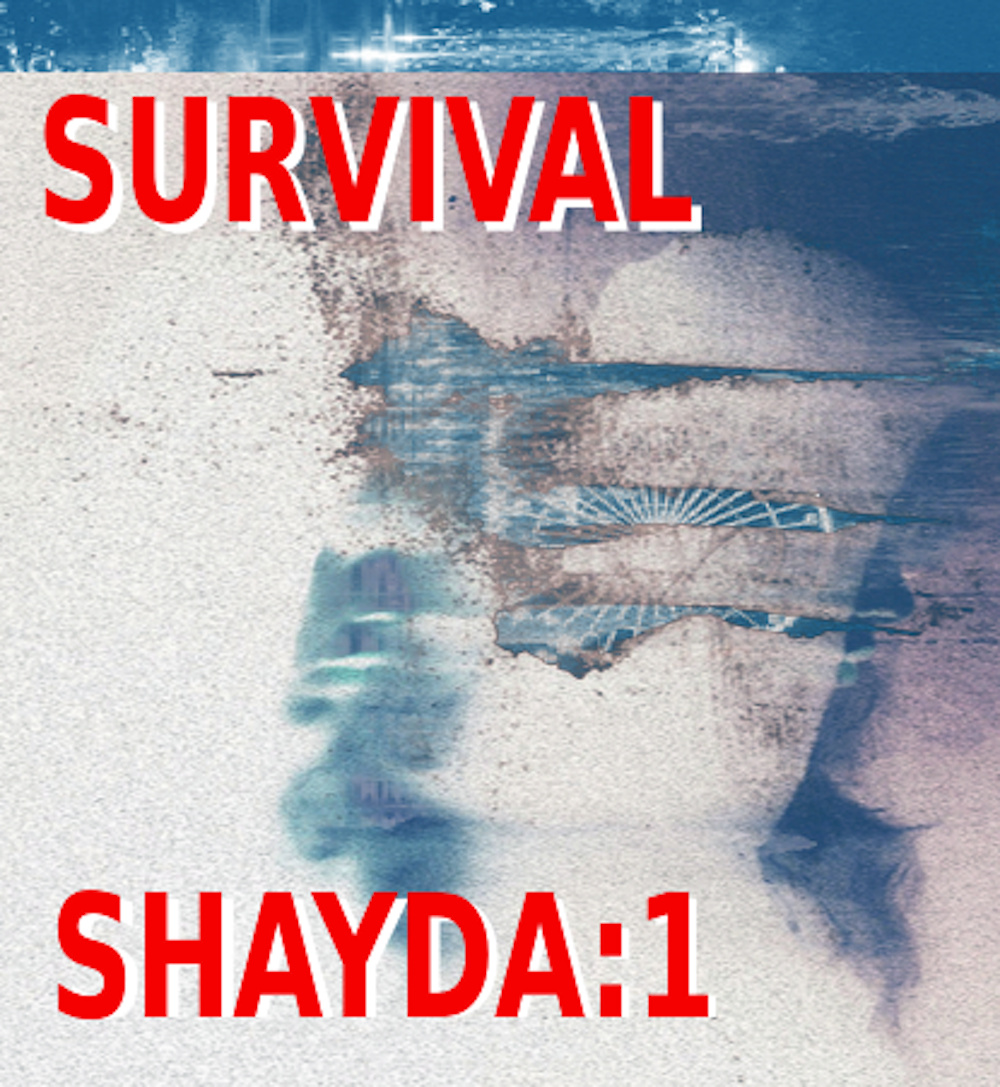 Since the early 1990’s, the biggest challenge facing a new hardcore band is how to stand apart from every other hardcore band, how to be unique while retaining support of the scene. Bands remain true to the written formula, deviate just enough to call themselves ‘something-core’ or in extreme cases, create a sub-genre of their own.

Californian’s, ‘Survival’ have been working on this since 2009 and have just released a 17 minute album, titled ‘Shayda’. The band describes their sound as ‘an eclectic guitar-driven combination of thrash, hardcore, punk and doom’, which is pretty much exactly what you get here from first to last.

Heavily referencing early New York hardcore legends like Cro-Mags, Agnostic Front, and even ‘Blood, Sweat and No Tears’ era Sick Of It All, the immediate impression you get from Shayda is their old school sound. The production style in particular evokes strong memories of 80’s hardcore punk; reverb drenched vocals and a characteristic thin guitar sound that have such a similar quality to albums I used to (and still do) love. It’s important to make this connection before you go further because it puts the album in context.

There’s nothing ground-breaking here, some of the riffs are cool but generally feel wasted, ideas don’t get time to develop; which is weird because the songs aren’t particularly short for the genre. Often songs end surprisingly; leaving the listener feeling a bit short-changed. The ideas are definitely there, but Survival would do well to emphasise the good ideas they have, rather than cut them short.

Vocals are pleasingly reminiscent of early Sepultura at times, but sometimes sound slightly adolescent, and combined with predominantly hardcore cliché lyrics, come across as unconvincing. The band bio, boasting of jail time and drug overdoses, only serves to perpetuate the teenage feeling of the music.

What I do like about Survival is that they play to their strengths well. The multi genre sound they present doesn’t sound forced; punk and grunge blend easily into thrash sections and hardcore grooves that don’t sound awkward together. They manage to have a cohesive style while referencing many genres and I think that while it’s partly down to the production style, their song writing shows talent.

I think that with Shayda, Survival are still trying to find their sound. If they can hold together the current line-up for a few years and keep writing songs then they have a good chance at making some really cool music. If Survival can refine their old-school hardcore sound into something a bit more convincing then there is a huge audience waiting for them, myself included.