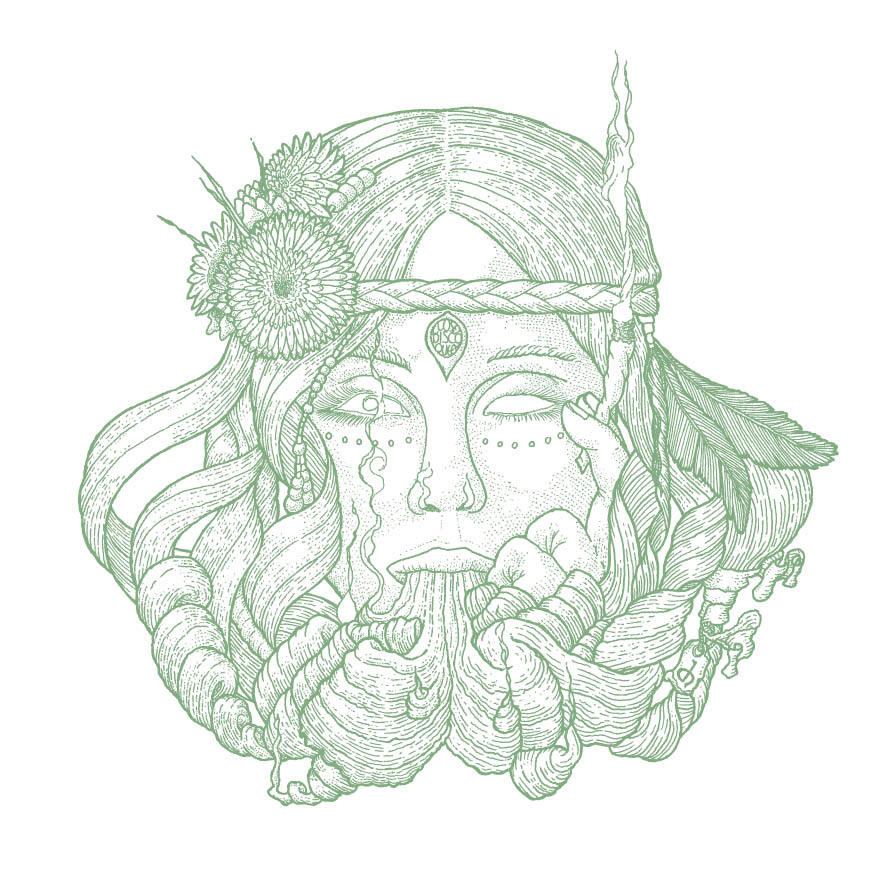 The releases by Hummus have given me the opportunity to experience and indulge in some of the most experimental music I’ve heard in a long time. Closet Disco Queen whose strange moniker shines a light on the aural strangeness contained within the seven songs of this debut release. With Luc Hess (ex-The Ocean) and Jona Nido locking horns to record this album live on March 16th of this year the rulebook for recording an album in the 21st century has been well and truly burnt as the band relate their music and attitude to an era long since evaporated but for some of us still has a massive sway on our approach to the way albums sound today. True enough some bands still do record live but often cosmetic technical wizardry is used to so called tidy things up. Mixing the album two days later over two days then mastering for a further three days reveals an album as urgent and ebullient as it could possibly be with tracks of extremely engrossing instrumental post rock, post metal call it what you will, I just call it fantastic music.

With guitar and drums only being used to craft this release the effects are there of course as they enable the songs to meander around sombre atmospherics and vapid percussion that has that jam like feel of a band feeling their way through each song as it happened at the time. Initiating proceedings is “Hey Sunshine!” a typically energetic tune that is saturated with that percussive shroud alongside adventurous guitar work that weaves fibres of exhilarating experimentation that contrasts heavily with ethereal effect laden “What’s Your 20?”. The tune inhales gulps of stark despondency and exhales like a beast in deep slumber before “Caposhi” awakens that solemnity with a repeating guitar riff that chisels into the post rock facade to reveal aural sculpting with the utmost finesse and beauty.

“Catch You On The Flip Side” is a nine minute epic that clutches the listener on a carpet of dulcet atmospherics that possess a schizoid approach with the guitar seemingly screaming in agony. As the tune develops layers of expressive improvisation are felt as though testing the listener with teases of guitar hooks and riffs before the song explodes into intensified vastness that gathers all the elements together into one seismic finale. Every tune here offers something for the sonic taste buds to flavour and revel within as that 70s style attitude comes to a fore on “The Shag Wag”. Closing the release is “Black Saber” 11 minutes of opulent self indulgence where a distant guitar is heard alongside an exceptionally sleazy drum beat that had me thinking about ZZ Top’s very early day! Of course this isn’t a blues tune, just those tendrils of familiarity reaching out and pulling on the memories. At times that 70s attitude appears in the form of various bands I have always enjoyed such as Rush of old but also more modern retro bands like Witchcraft and Spiritual Beggars. Retaining an ability to hold the listener with such morose beats and guitar work is not easy but CDQ are talented they shift things ever so slightly with changes in tone, pitch and mood. Definitely not an album to share with a listening partner, this is one to sit back shut off outside communication and completely immerse yourself in this wonderfully cathartic album.