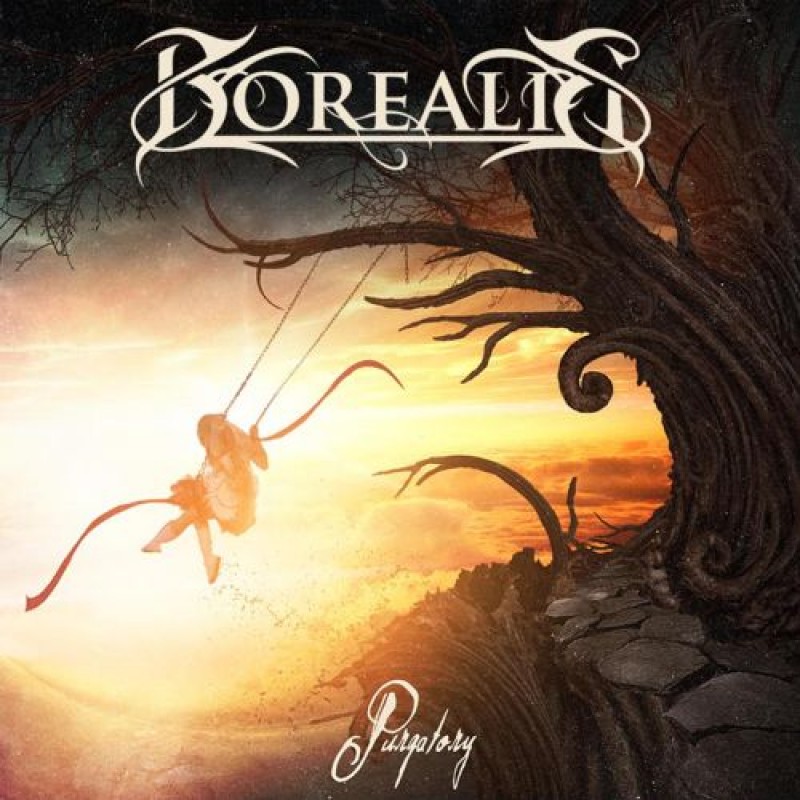 Snapped up by AFM after a self-released debut and a follow up on Lion music, Canadian Metallers Borealis are certainly seizing their opportunity with both clenched fists. This is the first thing I’ve heard by the band, but even the album artwork is an early clue to the classy dark melodic Heavy/Power Metal that is on offer here and – as I delve in to the music – that the band are making their own.

There are actually a lot of similarities between Evergrey’s dark style and Borealis. It’s quite a testament to a band when a style that you developed spawns similar minded artists putting their own slant on it (a bit like Communic did with Nevermore’s blueprint), but Borealis really do stamp enough of their own identity on the style to make themselves stand apart. They have the same heavy guitar style as Evergrey – but then so do many others. Vocally there is a similarity in delivery but Borealis’ Matt Marinelli has a brighter, slightly more melodic edge to his particular style. The sombre conceptual lyrical subject matter is in evidence too (from what I can gather, we start with a tragedy, it gets a bit worse for all concerned, there’s a glimmer of hope…and then it all turns to shit), but Borealis are definitely their own band, Evergrey are just an influence. Anyway, Kamelot fans too will find much to enjoy on “Purgatory” (the symphonic edge of ‘From The Ashes’, with it’s added second vocalist for example is sure to snare you in), as will any fan of the Symphonic/Power Metal genre who like the heaviness of their Metal to pin them to the wall.

Yep, fans of the heavier, darker side of symphonic Metal are definitely going to love the songs on offer here. Wrapped up in a fantastic production, all aspects of the excellent musicianship this band possess are therefore showcased perfectly. There are some crunching, storming riffs (‘My Peace’ in particular has an absolute belter!) and numerous catchy, memorable vocal hooks littered throughout, always delivered with passion and precision – all ably driven by the brilliant rhythm section – as tight as you like! If you want an example of all of the above in one neat package, look no further than the rather fabulous ‘The Chosen One’. It’s hard to pick a favourite when an album has this much to praise, but this particular track has all the power you could ask for – great riffs, unexpected tempo changes adding twists to an already interesting arrangement, heavily weighted, tight bass and drums, and an unforgettable chorus. Even the…lets call them mellower tracks, as “Ballads” seems far too fluffy a tag…are delivered with an intensity and heaviness that is refreshing and utterly beguiling (the way ‘Rest My Child’ is crafted to build how it does is classic power-ballad territory, but delivered as it is with such intensity and finishing with so much power, it absolutely raises the roof!).

What a great album! A band totally new to me that during the first couple of minutes I thought I had pegged, but as their own style unfurled and the album grew, I was totally won over. Anyone popping along to see them support Evergrey on their North American tour are in for a real treat, as is anyone else who is a fan of the genre that buys this album.