Khors – Night Falls onto the Front of Ours (Candelight) 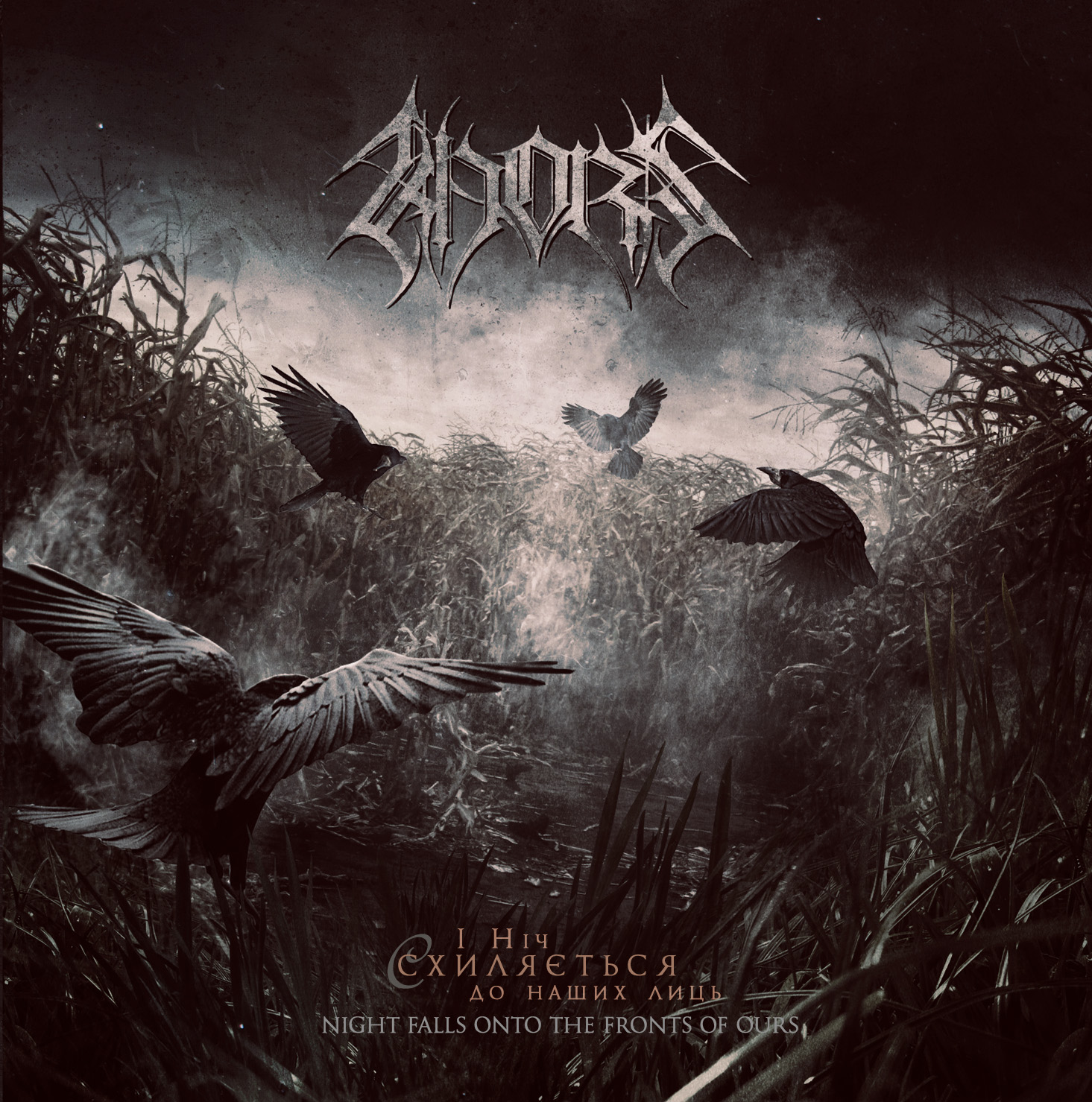 Khors seem to have been carving a good reputation for a long time, treading a path of heathen black metal, so I was surprised to find out that their first album was not released until 2005. “Night Falls onto the Front of Ours” is their sixth. Being from Ukraine, recent events have influenced its theme and seemingly its title.

The quality of content and production is on show from the beginning. “No Oaths, No Tears, No Knees” is a breathtakingly rounded display of progressive black metal which has melody, fluency and an unshakeably dark and melancholic side. Its epic nature sets the scene well. “Dead Birds Valley” follows this pattern. It’s harsher in tone and delivery but with a catchy ring and memorable riff. Delivered in what I presume is Ukrainian, there’s no loss of impact as Khors sit well above the average as they are send out weighty and inspirational waves of heaviness. After another lofty track “Following the Ways of Blood, “Night Falls onto the Front” is a grim instrumental reminder of war, but through ominous and understated tones suggesting its consequences rather than the battles themselves. “1664”, which I presume is to do with the Russo-Polish so called 13 Year War and centred on Ukraine, moves up the tempo scale. It is fiery and indicative of the fact that the album has moved into another darker phase. More forceful and memorable riffs emerge from “For the Last Time”. Drums trigger and yet with the blackness there is colour and adventure. What’s interesting is that in all this well produced melodic darkness, there’s a dream like air about it. I greatly appreciated the expanse and depth, while being mindful of the riffs long after I’d listened to it. “Slight Web Solitude” is a progressively inclined death metal song. The movement and progressions have reminders of Opeth but the style doesn’t. It’s sinister and forceful and the growls have depth. It gallops, it’s steady and compelling and has a majestic air. It always moves smoothly between sections. The rhythm has a spookiness. In summary, it’s a high quality, well-constructed metal song. “My Cossack Way” is slower and darker and has a war-like majesty. In typical fashion, layers of guitar rhythms run beneath it all to add strength and depth. I sensed despair but not unmitigated darkness. The majestic tones suggested heroism to me, bringing to my mind a similarity with the Estonian band Loits. Then half way through it stops and leaves us with a heavy and sad instrumental end, and a suitable level of gravitas to this thoughtful album.

If there were difficulties in producing this album, as I know there were, it doesn’t show. This is a highly professional album and polished performance from the Ukrainians. Each track has its own statement and own atmosphere. It’s an album with a heart. “Night Falls onto the Front of Ours” is necessarily dark but it’s also very accessible, sophisticated in its mix and well-constructed.