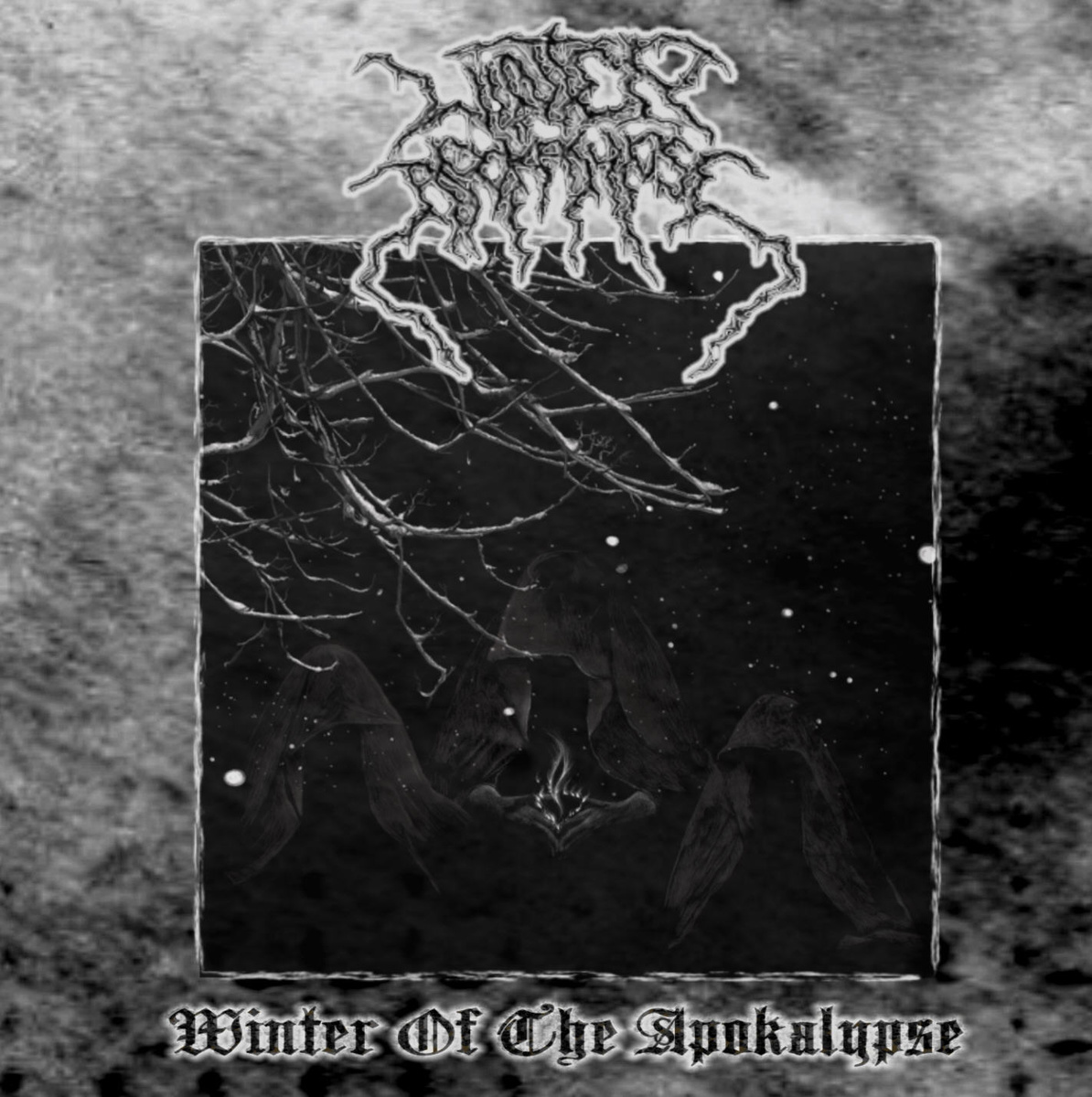 Featuring members of Murdergod and Thy Infernal amongst their ranks, ‘Winter Of The Apokalypse’ is the second full length album from this US black metal crew. Having formed in 1997 and gone through various line-up changes, their debut ‘Solitary Winter Night’ came in 2004, so they’re certainly not a prolific band in terms of material. However, judging by the unbridled viciousness that is fizzing within the MP3 files here, it seems they prefer to build up their rage in between releases to concentrate their sporadic spikes of spite for maximum effect.

Opening with ‘Evil Supreme’, I’m instantly met with a ragged lo-fi production, suffocating sore-throated vocals, and a swarm of relentlessly horripilating guitars – all of which combine to unleash a torrent of bile upon you. Freezing sickness washes over you thanks to the dismal tone to the release, pure monochromatic destruction which clatters away angrily like a hundred wasps trapped inside a tin can, desperate for release to sting the fuck out of your face. ‘Triumph of Satan’ offers up yet more primal ear-raping, with repulsive vocals spouting unintelligible diatribes of anti-Christianity, darkness and death, as the drums rattle away relentlessly in hateful abandon, each pounding of the skin slamming more nails into Christian coffins. ‘Satan’s Might (Eternal Years of Sorrow and Hate)’ finishes up the bands own material for the release at a more welcomed mid-pace in comparison to the previous battering, before a seventh track sees them covering some early Dodheimsgard (although this track wasn’t available for review).

Dismal USBM fans will lap this up. It’s about a no-frills as black metal gets, recalling the likes of early Darkthrone, Dodheimsgard and Gorgoroth amongst their sound. It’s grim, frostbitten, fucking evil – and fairly generic as it goes. However you look at it, there are a fuckload of bedroom bands who release music like this every day, particularly on bandcamp. With that said, to be fair to Winter of Apokalypse have an extra ‘edge’ on the grimness scale, the song-writing is of a generally higher calibre and the album as a whole is pretty decent as it goes. Definitely worth a look for fans of the very grimiest lo-fi sickness you can imagine.