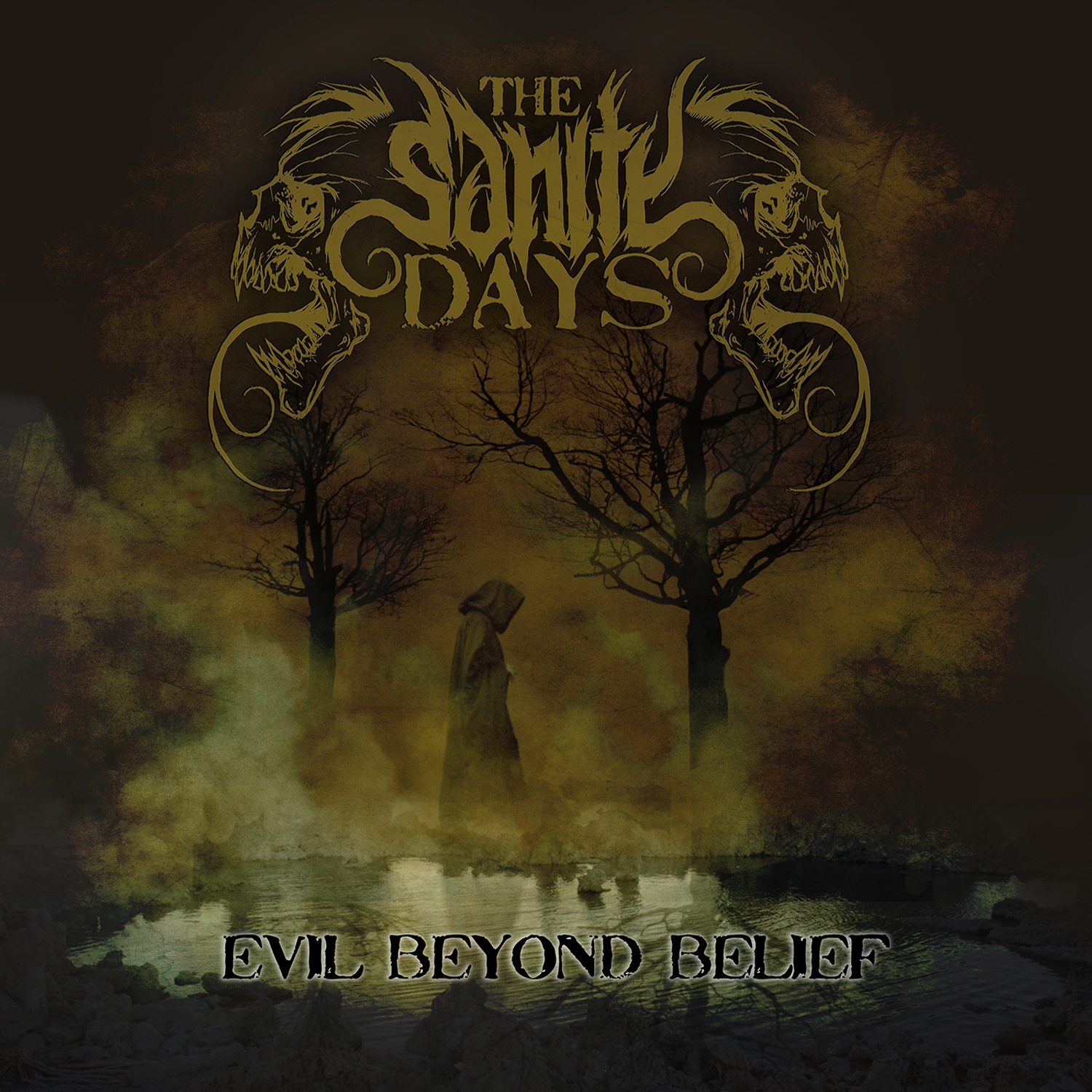 Formed by two (and them some) ex-Onslaught members, namely vocalist Steve Grimmett and drummer Steve Grice, The Sanity Days completes its line up with Jase Stallard (bass – who recorded on ‘Power from Hell’ then switched to guitar for ‘The Force’) and Al Jordan (guitar) who created this group 4 years ago with the sole intention of playing the Onslaught album ‘In Search of Sanity’ live. Since then, it’s made more sense to write their own material, ‘Evil Beyond Belief’ is the fruits of their work to date.

First off, if you are expecting an ‘In Search of Sanity’ Volume II then think again. I am really pleased this has not been the case here for which it quite easily could have been. This is a more British metal style, slightly doomier and very dark in fact much like the second Dio era of Sabbath and later Heaven & Hell. I even hear some massive similarities from Grimmett’s vocal phrasing, something I have not noticed through his previous recorded works with Medusa, Grim Reaper and of course Onslaught. ‘Ruler of Eternity’ is an inspired tribute to the fallen Ronnie James Dio and towards the end of the track negotiates its way through some relevant song titles that the late great man was associated with. The music style is complimentary and dark to Dio’s style. But this isn’t a DIO or Onslaught tribute folks.

‘Satan’s Blood’ is the stand out rocker on this release, with its more up tempo approach and more metallic subject matter, this kicks the cobwebs into touch. The title track ‘Evil Beyond Belief’ is rather special too, this has a couple of signature changes that keeps you entertained although does waste a minute or so at the end of this track for no good reason with what sounds like drum tuning. ‘Broken Wings’ is a powerful emotive ballad type track. Grimmett’s vocals here show great in depth tone and the strength is really appealing actually. There is so much more range than what people may associate this man’s style with, that’s usually up there in a much higher register. ‘Closer to the Edge’ and ’Firestorm’ do have more than often an Onslaught ‘ISOS’ comparison to the sound, they are quite uplifting thrashers, somewhere between modern Metal Church and the said Onslaught release and finish the album off nicely.

‘Charlie’ maybe the first real track of the release, but for me it doesn’t suit the start of the album. It’s cool musically, but the duration is way too long, ‘Satan’s Blood’ would have been more appropriate, especially for the downloaders who will no doubt “evaluate” the release prior to hopeful purchase. Most songs are well over 5 minutes, in some cases 10 minutes, they could easily be more concise and that’s my only real gripe about the release in fairness.

The longer tracks do sit hand in hand with the more sinister style of metal that The Sanity Days produce, but I am not convinced it is applicable in all cases. It will ultimately come down to your own personal preference. But on the plus side, this is an album with its own character, they did not rely on past glories which is a massive plus point, but it’s too long to grab you consistent attention.