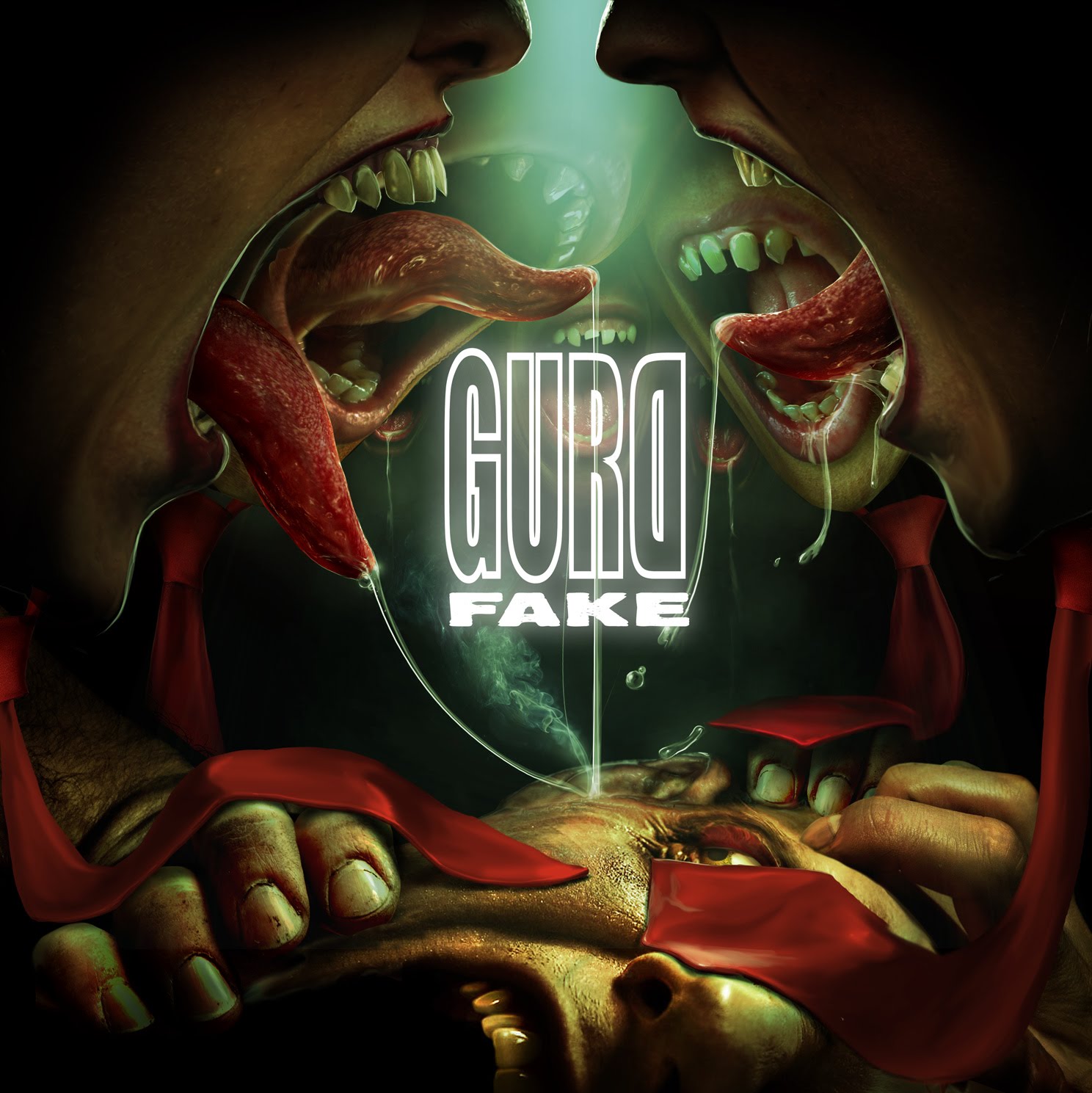 Formed in Switzerland in 1994, GURD rose from the ashes of the Power-Thrash band Poltergeist. Taking a different direction, the band adopted a more crunch and groove orientated sound, and 21 years on they’re still going. Having toured with the likes of Slayer, Biohazard, Prong, Destruction and many more, the Swiss metallers are set to release studio album 11 Fake’, an album which continues the kick back to their Thrash roots.

The title track opens the album and right away it hits you like a truck. Hard guitars, powerful drums and thundering bass played a fast pace with a whole lot of groove soon gets accompanied by some very Phil Anselmo styled vocals and the whole thing works brilliantly. It sounds like Pantera on steroids and without Dimebag’s tendency to derail a song to a stupid breakdown or over the top solo (5 minutes alone anyone?). ‘Hagridden’ is up next and the bass stands out on this one. Sat perfectly in the mix, it’s not drowned out by the guitars with their stripped back groove heavy approach and it really carries the song. Vocally, it’s got that 90’s hardcore feel to it with some gang vocals in the chorus. The song is simple and straight to the point, just full of attitude and groove. The bass-lead breakdown round the middle of the song is great. Its whispered vocals help add to the tension and the slowly building guitars help build it up brilliantly before it kicks back into the usual stomping groove.

‘White Death’ is full on thrash assault. Fast paced guitars and frantic drums grab the attention and the raw vocals just cap it brilliantly, especially with the gang vocal shout moments in the chorus, giving it a really memorable hook. Round the 2:40 mark, we get the first full on solo of the album. A brilliant shred section with some great guitar harmonies and tradeoffs, before it shifts into an almost death metal feel section to bring the song back into its memorable chorus section to end it. ‘Wiped From The Earth’ keeps the thrash feel up from the previous track. It’s got a very Prong-meets-Sepultura vibe to it with the precise riffs and heavy angry groove. Vocally it’s similar to the previous track and on the whole, its rhythmically tight and full of anger and it’s got a fantastic lead section too. ‘Go For It’ has a more hardcore feel to it, echoing the likes of Vision of Disorder with the vocal styling and the musical delivery but with more edge and volume behind it. This one just gets you caught up in it with its groove and live, it would go down a storm with the big riffs and the breakdowns and a tasty solo too.

‘Last Hooray’ is just full on hardcore groove, bringing back the beefed-up Pantera approach with a more thrash-based feel to it. Simple in structure like most of the songs on the album so far, it just gets straight to the point with its heavy groove, only getting a little flashy for the lead section towards the end of the song. ‘Hunter of Dreams’ starts off with some great drum work and a big tension filled guitar intro which turns into a gallop feel, groove heavy riff feast. The verses have some little lead fills to begin with but the stomping grooves return partway through and keep the headbang feel up. There’s some female backing sample vocals midway through the song which help add to the dramatic feel of it and round the 3:30 mark it kicks it up a gear, going full hardcore feel and full of intensity with a blistering guitar solo. It’s one of the best tracks on the album by far!

‘Near Miss’ starts off clean but it quickly gets drowned out by heavy distortion before turning into a full on thrash assault, complete with harsh vocal scream round the 45 second mark to signal the start of when shit gets serious. It’s angry, its fast and its brilliant, everything you’d want in a short thrash track. ‘Bong, Bong keeps the thrash feel but switches the speed for feel. With its thunderous feel and Vision of Disorder vibe again, it’s a lively track which picks up for the choruses whilst being dark sounding in the verses. Midway through it hits the breakdown section and the lead phase which switch the pace up a little but overall the track stays at a steady whiplash inducing pace. Neglected’ comes back with another assault of thrash and you know what to expect by now from this. Fast choruses, gang vocals and angrily delivered vocals with a tight, precise rhythm section holding the entire thing in place.

‘Liquid Vision starts off with some big riffs at a more moderate pace compared to the previous tracks. It’s brighter sounding and heavy on groove and feel. With the lyrics delivered in an almost rap metal way without the cringe-worthy nature, it’s a song which just gets you wanting to get up and join in down the front, definitely a track which would work well live. ‘Strike ‘Em Down’ is the penultimate track and its back to the thrash once again. With a slight nod to the Teutonic style, it kicks into gear almost instantly but retains the hardcore styled vocals which compliment it really well. Its fast paced and littered with solo’s and tricky lead fills to keep the song sounding fresh and showing just how good the guitar section actually is. Closing the album is ‘Hateful’. Much like the album opener, it’s heavy on the groove and attitude with some thunderous bass and heavy guitars and tight drum work. Teasing between hardcore, groove and thrash, it blends the three styles seamlessly and the end product is a hard hitting track to round off a strong album.

‘Fake’ is the real deal. It’s a great slice of heavy groove metal with strong elements of thrash and hardcore running through it with few of the clichés or negatives which usually accompany the genres. If you like hard, heavy and something to stomp your feet to whilst headbanging, get some GURD!