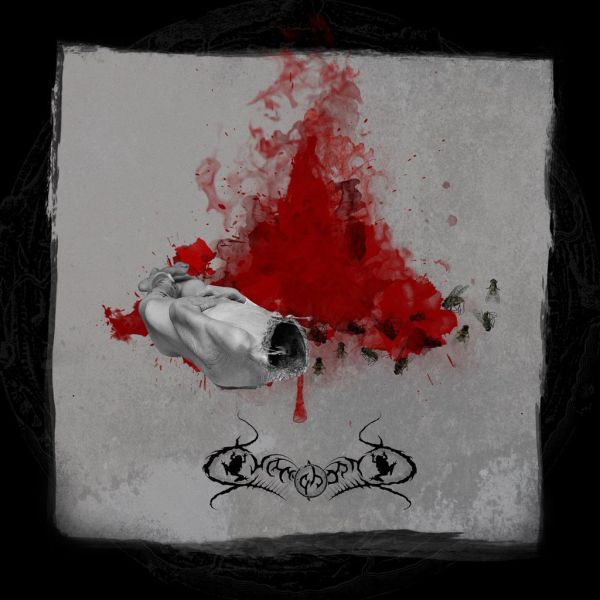 Complicated and intricate post black metal here from this Russian duo with their debut EP. Essentially this work consists of two sprawling tacks with plenty of ideas about them. It’s partly avant-garde and out there and also kind of installing a focus of normality stylistically of what you would expect to hear. The sounds of creatures very much like they are clamouring around the swamp of the band’s title make their voice as guitar strums in on opener ‘Augoeides’ and a feral cry is rasped out by the singer as the melody builds. Everything becomes more strident and pace is heavy enough to get you head-banging bursting into a blackened miasma that is fast and vocally angry and spiteful. Vocals are in Russian throughout so this definitely maintains an air of mystery about it and despite the speed behind it, it’s all very melodic as the drums thump and guitars whiplash away. Suddenly it stops, down tools for a break of neo-classical piano, as I said it is a bit out there and evidently not restricted to conventionality. Thick bass and booming drumming heavily brace us back into the musical canvas, somewhat majestically spilling out the speakers and there’s even a backing female vocal warble lurking in the backdrop as this flurries to inevitable conclusion a full 10 minutes after it started.

If anything second track ‘Muscarum’ is even denser starting with gorgeous keyboard and xylophone and a soothing guitar sound. You can hear weeping in the background and it all is tinged with depressive flavours. I could imagine Shining playing something along these lines but the guitar work also reminds a little of Gothic bands such as Fields Of The Nephilim as it slowly oozes out and uncoils. Just as you are lulled into a false sense of security the sky goes black and the bruising storm hits and batters away with more of those thickset rasps attacking and screeching over the top. There’s a bit of a feel of Altar Of Plagues, Wolves In The Throne Room and even Harakiri For The Sky in the way that the band elongate passages into long incessant parts and merge abject brutality with other more subtle moods. The frenzied guitar work here is excellent and you can’t help but be drawn into it wondering if it is ever going to finish and realising you had forgotten to draw breath when it finally drops out. Ever inventive there’s a brass section next seamlessly transported into the track, reminding a little of Sear Bliss and sounding completely natural even though it has pretty much appeared from nowhere. Spoken word parts, more female chanting, there’s plenty going on and the track would appear to all be based around flies the buzzing of which draws it to a conclusion. Just to add to the overall scope there is an extra unnamed number which basically consists of the clanking of bottles and some acoustic guitar work which after the frenzy of the last number does install a sense of tranquillity.

Obviously Swampborn have plenty of ideas and already have another track from a forthcoming debut album available on their Bandcamp. It’s going to be interesting to see just exactly where they take us next.

Altar Of Plagues, black metal, Fields Of the Nephilim, Harakiri For The Sky, Post Black Metal, Russia, Shining, Wolves In The Throne Room