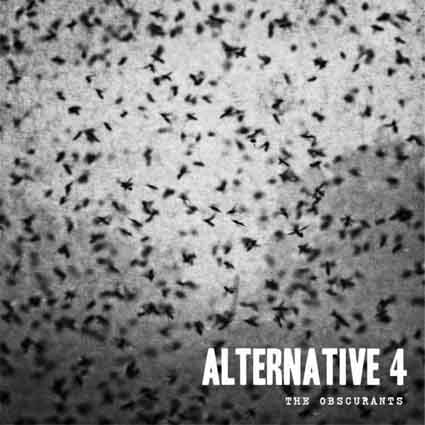 When Duncan Patterson left Anathema in 1999 after the release of their highly-regarded ‘Alternative 4’ album, a fair few commentators speculated that this could spell serious trouble for the group. A founder member and principle songwriter (alongside guitarist Daniel Cavanagh), Patterson’s loss was certainly considered a blow, one from which the Liverpudlians might not recover. Anathema’s subsequent follow-up ‘Judgment’ nevertheless highlighted that the band could not only survive in his absence but thrive, remaining this scribe’s favourite release of theirs. They have since gone onto to explore textures and soundscapes far beyond the metal spectrum, polarizing the opinions of their more ‘metal’ fanbase (some love it, some hate it) with their brand of wistful, atmospheric prog-rock but undeniably following their own vision and always looking forward.

And as for Patterson? It’s been a less defined trajectory I think it’s fair to say. ‘Antimatter’ – the first of his post-Anathema projects – was solid enough, maintaining the more downbeat, sparse atmosphere of his contributions to Alternative 4 and bringing on board elements of trip-hop and more contemporary, urban influences. Patterson stuck around for three albums before departing to form the imaginatively-named Alternative 4.

Even before hearing a note of this – their second album – concerns were simmering. To name your own band after an album released by your old band is bad enough, but 10 years after the release of said album and your subsequent departure? It doesn’t stack up – in my eyes, this is NOT a good thing. It smacks of brand association, a vaguely petulant attempt at taking ‘ownership’ of a concept long since associated with another entity. Regardless of whether or not the album name was his idea, it feels like raking up something from the past that should be left as it is.

Regardless, the music should speak for itself – and sadly, if it did speak, it would be in the form of monotonous, nasal delivery so beloved of high-ranking executives within the finance sector drably justifying their obscene profit margins. Yes, I am afraid to say that ‘The Obscurants’ is a deeply, deeply disappointing album. From the clichéd piano tinkling and sub-Anathema ‘pained’ crooning of opener ‘Theme For the Obscuritanist’, across the patience-stretching 10 minute dirge of ‘Paracosm’ (a song so boring it genuinely feels like the final motif is never going to end) to the fist-bitingly ‘deep’ lyrics and hilarious house beats at the start of ‘Closure’, this album is an exercise in overwrought self-indulgence and desperately misjudged pseudo-maturity.

There is a thin line between minimal and empty, between hypnotic and repetitive and between sincerity of expression and plain old ham and for each one, Alternative 4 always manage to fall on the wrong side of the line. ‘Dina’ is dismal, the unimaginative tremolo jangle of the guitars underlining a cringe-making vocal refrain whilst the seemingly ceaseless piano (it’s on EVERYTHING on this album) tinkles blandly away over the whole thing.

‘Lifeline’ meanwhile gets off to a decent start with a vaguely memorably riff but come the god-awful lyrics of the chorus (‘I gave you a lifeline… but now I’m callin’ time’) delivered in the strictest of po-faced fashions, all that good work is undone. I guess that there are shades of half-convincing ‘Fields of the Nephilim’-esque 80s goth touches on ‘Mr Black’ and ‘The Tragedy Shield’ contains some decent and evocative acoustic guitar flourishes but we really are clutching at straws by this point in our search for highlights.

As a reviewer, it does pain me to admit that there are occasions whereby we actually resent the time spent listening to albums, such is the banal quality of the music contained therein. ‘The Obscurants’ is one of these – the hours of my life I have spent listening to this I will never get back and that pains me. It’s a an absolute grade-A song-free vacuum of a record. So, so earnest – so, so grown-up – and so, so very fucking dull.