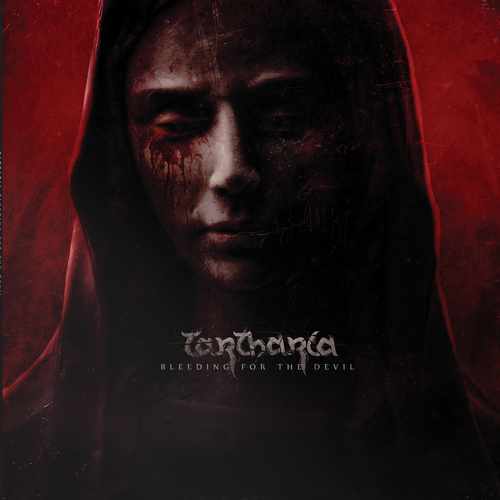 Hailing from St Petersburg Russia Tartharia have been active over the last decade plus and released somewhere in the region of 9 CD’s, a DVD and have played over 200 shows. If like me they are not a band you have heard of now seems to be the perfect time for a crash course in what they have been up to. Firstly this band whose name derives from Greek mythology and means “abyss of bowels of the earth” have delivered an album taking us through a collective compilation of tracks from throughout their history called ‘Flashback X Years In Hell’ and with it delivered a new album on vinyl ‘Bleeding For The Devil.’ Looking through things it would appear they have had quite a few members through their revolving doors during their time including members of Grenoeur one band who have crossed my radar before. This probably explains what a versatile range of ideas come across in their compilation album. The one thing that particularly grabbed me as a constant is that their songs are all pretty fast and furious and have little scope for becoming overblown in the slightest. They pretty much cause as much damage as possible and make way for the next assault.

Starting with ‘Erotic Mutations’ a heavy welter of drums batter in along with the impressive vocal rasps of Andrey Ind and some Emperor sounding keyboards and orchestrations. Already one gets the feeling of a mix of black, death and thrash and this one in particular goes like the clappers. Perhaps it could be the sound of a band trying to do too much but it sticks together somehow appearing on their first album ‘A Secret Device’ in 2002. Crash released 2nd album Abstract Nation’ but apparently did not represent the band to their liking so they set up own label Phantom Pain and went it alone from then on. The few tracks from here sees them consolidating ideas with fast futuristic sounding slabs of neck cracking metal with all sorts going on from progressive twists to industrial sounding keyboard parts. Tracks like ‘Warlife’ rampage away at times feeling like a collision of Hypocrisy and Fear Factory and vocals keep on toes going from gruff growls to cleaner raging bellows. Tracks presented from the ‘Slack Babath’ mini album such as ‘As Ever’ are much looser sounding and more riff orientated with plenty of groove about them but still retaining a good thick solid heavy vibe. ‘Abnormal Sense’ was intended for a different project of that name which never evolved. It sounds like the process was a lot more involved than expected but the band obviously were happy with the work describing it as “a masterpiece.” Not so sure about that but it’s the longest song by far here and goes down a dark metal route with some Tiamat sounding gothic metal undertones.  Crowned By Name era numbers go back to basics as song title ‘Rape You Alive’ suggests, thickly chugging away with throaty vocal rasps and some hefty drum flurries. Despite this these numbers are really catchy and accessible not the old school brutal death metal one might have expected. ‘Over The Top’ sees introduction of new vocalist Kir Kult and although they released a lot during this line up there is only the one track here. The drumming is really militant and keyboards quite up front again it has a very cyber techno feel to it and the clean vocal croons fit in. it’s a style that they hinted at earlier but seem to have gone completely into now. I pretty much expected the new album to follow in on this style but was in for a surprise on hearing it. One thing that is quickly evident is that original singer Andrey is back in the fold again. The first song ‘Metal Salvation’ is like a declaration with him rasping away about metal being “our reward.” You can’t really argue with this short, snappy doctrine, which at just over two minutes makes it clear that he and the band are back and firing on all cylinders. Another surprise sees a female vocalist Mania adding her tones to a couple of tracks such as the brooding and heavy ‘Bridges Burning Memories.’ This has a crushing dark feel to it taking in many ideas again from death to thrash with a slight underlying industrial feel, the keys are so low in the mix you can feel the symphonic element trying to come through but it ultimately does not fully penetrate. The title track brings back the cyber vibe and this works well for the band in my opinion and the clean commanding vocals and heavy chugging music makes this one a standout number. Fully battering in with course growls ‘Satisfactory Satisfaction’ again has that old school death mind-set but never quite sticks with it opening up with clean parts and crazed lurking keyboards. It reminds me a bit of the schizophrenic tendencies of a band like Debauchery.

Despite melding styles together everything works fluidly here and it makes the band quite a unique proposition and one that leaves you never knowing what is coming next. They also keep it all honed down here to with songs coming fast and furious and the likes of ‘Prime Evil’ will no doubt cause maximum pit carnage as it flies out in a volatile bruising fashion. Apparently the band are already at work on their next album ‘Zero Living One’ scheduled for Autumn 2014, it will be interesting to hear what new ideas they add to the mix then.