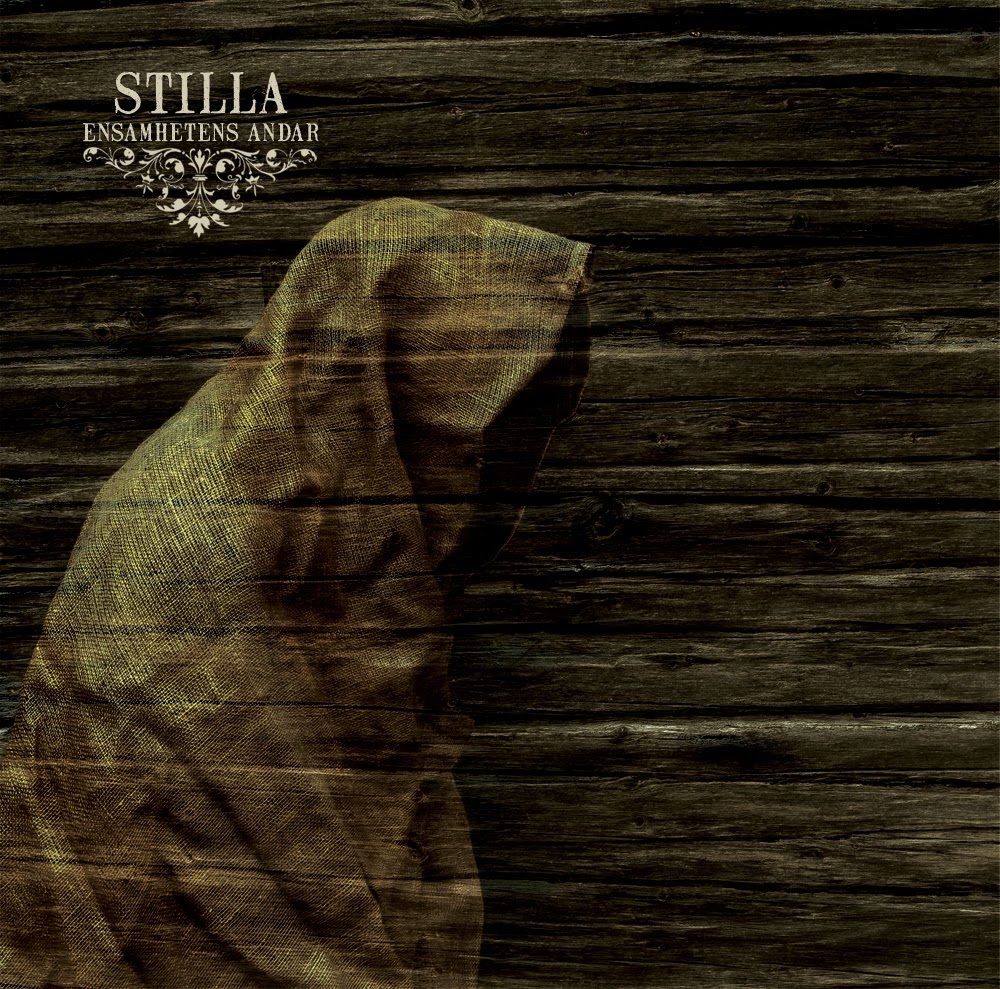 Hot on the heels of their debut album ‘Till Stilla Falla’ (which I reviewed here slightly less than a year ago) come’s Stilla’s second album of eclectic black metal greatness. Hailing from Sweden and with members of Armagedda, Deranged and Bergraven past and present amongst their ranks, this makes for another heady brew of oddly twisted, yet extremely far reaching black metal.

Whereas their debut reminded me much of the synthy cold blast of early Hot Records black metal luminaries such as Tulus or Enthral, this album has ramped up everything to eleven, setting the band very much into their own camp in sheer sonic terms. The most noticeable difference for me is that there is now a pervading sense of eccentricity about this album, much in the way the earlier works of Fleurety would experiment with strange rhythms, complexity, wandering bass lines and a general feeling of schizophrenia whilst managing to sound somehow completely ‘together’. I think the best example of this can be found in the title track which is also the longest on the album at just over 8 minutes in length. Acoustic interludes, as well as acoustic guitars playing alongside the icy fizz of black metal distortion cleverly mix the contrasts, while the riffs gleefully meander off into their own little reveries, remaining cold and collected thanks to the near ever present layers of eerie synth which billow from the speakers like a freezing mist.

The chest beating ‘Själavrängaren’ shows similar qualities to the tracks from their first album, marrying speedy rhythms and anthemic riffage to great effect, all topped off with spiteful barks and maniacal drum barrages. ‘Hjärta Av Sten’ uses clean vocals to great effect (reminding me of Garm’s works in early Ulver), and with its freezing riffs flailing all around once the tempo breaks into ‘ludicrous’ speed, I’d probably say it’s my favourite track on the album just for its complete breaking of every chain and exposing the explosive inner hatred (if only for a minute or two).

There is a lot to like here. While there are clearly many layers and complexities to Stilla’s music, it’s packed with earthy melody and a real feeling of heart throughout. It’s cold, with an ever present bleakness to it that saturates your very being, and with so many twists and turns, you daren’t do anything but hold on for the ride so as not to miss a second of it. Captivating!