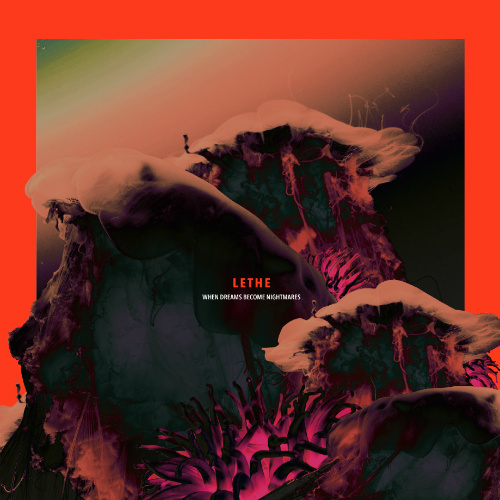 If you’re looking for seamless meeting of metal and electronica that’s just as suited to a Sunday morning as a Friday night, you may have just stumbled into the right place. When Dreams Become Nightmares is the band’s first platter and is an intriguing combination of catchy St Etienne-style 1990s pop, gloomy Portishead trip-hop and ethereal, gothy, female-fronted metal. If ever there was a soundtrack to the morning after an all-nighter with all the good vibes, regrets and serotonin-challenging mood swings it all brings, then Lethe might just have put their genre-challenging finger on it. This album sits on the very fringes of the metal sphere and there is a clue to where this is heading in the formidable back catalogue of black metal-turned darkened trip hop band Manes. One half of Lethe, Tor-Helge Skei, has been contributing to Manes for much of his career (if you can stomach electronic music at all then Manes’ ‘How The World Came To An End’ is well worth some exploration). The other half of Lethe is Eluveitie vocalist Anna Murphy splitting duties evenly with Skei and well and truly leaving the folk metal scene behind her. As well as her other folk interests like Fräkmündt, Murphy has also been involved in more experimental/electronic outfit ThruByRed – the latter probably explaining a little more where she is coming from here.

When Dreams… has its heavier, riff-reliant moments, like on second track Haunted, but the overall experience is more like being caught in a dark, hazy, dubby loop. A bit like being lost in your own subconscious with thoughts that keep circling back at you in neat five minute bunches before moving on to the next clump of troubled brain cells. It reminds me a lot of the untold number of dingy, post-rave electronic and trip hop albums that found their way, almost without my noticing, into my record collection in the mid-to-late 1990s. But Lethe has definitely got just as much in common with the likes of The Gathering – just more dense and challenging, shifting from gothic doom to dark ambient and to tracks like Transparent that wouldn’t have been out of place on an Underworld album. Not quite as gloomy a band as the ever depressing Portishead but certainly heading that way on the spectrum of electronic music with a nice extra dose of repetitive beats and spiraling vocals.

Perhaps something I couldn’t easily get past was the heavy use of Murphy’s vocals. At times they absolutely suit what was going on but at others they blanket tracks to the point where I struggled to see past them to the more interesting stuff in the background. To be honest, for music like this, I want to be enticed, drawn in and then lost in it all, which is difficult to do when the music is otherwise so vocal-centered, and with someone with such a distinctive style. I suspect this album has the potential to grow on me having firmly planted its roots. But I couldn’t work out whether this is more for the fan of darker, trippy electronic music (which would include myself), fans of Murphy’s vocals, or, more widely, the gothy, female-fronted metal hordes like Lacuna Coil, which I can occasionally stray into if I’m in the right mood if it’s done particularly well. There’s no doubt about the quality contained within When Dreams… and there are some inspired moments here. But I couldn’t quite escape the fact that it is trying hard to bridge two worlds and I’m not convinced it has uniformly succeeded. There is definitely some magic here but this album is one of those I’ll need to return to in a couple of month’s time if I’ve a hope of squeezing through the impasse I’ve reached with it.