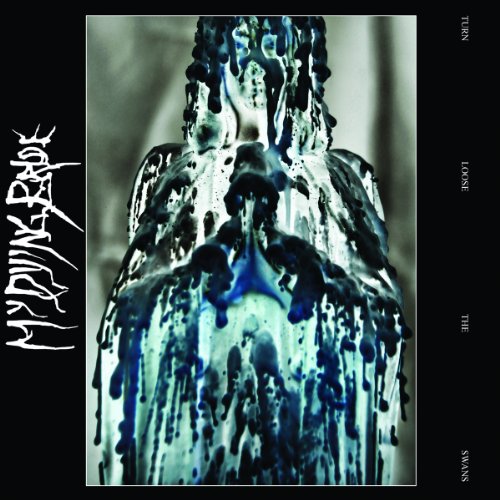 I remember hearing this for the first time 20 years ago and immediately falling in love with “Sear Me MCMXCIII” and “Black God” and needing to get a copy of the album. Now back in South Africa in the late 80s and early 90s metal, especially on independent labels, was extremely hard to come by so acquiring a CD of my own became a mission for some time. But in today’s instant gratification of digital versions of albums, this double CD digipak is more than worth its weight in aural bliss as the first disc is the original CD, but the second is a commentary disc with sole remaining members vocalist Aaron Stainthorpe and guitarist Andrew Craighan waxing lyrical about the album sessions and songs as it’s played in the background. It also contains an expanded booklet which includes liner notes and original ideas for the album artwork.

Now hard as this may be, I’m not going to just sit here and gush about an album everyone should already have in their collection but rather concentrate on the commentary disc, as it’s rather insightful while adding my own comments and thoughts to what is said.

From the opening 16 seconds of “Sear Me MCMXCIII” with its clanging piano, the supremely sweet violin and Aaron’s spoken poetry and then melancholy singing voice and you would’ve been hard pressed to convince anyone that this was metal band at all, let alone a death metal band. Nothing has changed here. The song is still as majestically haunting now and their updated ’93 version kept enough of the original melodies but dropped the heaviness for the perfect tribute. I must admit that this was the first version I heard though, as I only managed to get hold of their début a couple years after picking up ‘Turn Loose the Swans’, so has a greater impact on me.

Now until this I really wasn’t fond of death metal at all, primarily because I found the vocals incoherent and the music not as well structured as my beloved Bay Area Thrash, but MDB added a whole new dimension to metal as I knew it then. Slow doom metal with the clean vocals that just turned up the aggression without sacrificing the guitar melodies when the long drawn out growls take over on “Your River”. I was instantly hooked, with “The Songless Bird” reeling me in even further.

What I find really amusing is Andy’s comment about “The Snow In My Hand” being a miserable song. I always found it to be the complete opposite and even uplifting in fact. Perhaps its Martin Powell’s exquisite violin that adds that air of anguish to the track, but at the same time is the reason that there’s so much happening complementing Andy Craighan and Calvin Robertshaw’s heavy guitars with their false harmonics.

“The Crown Of Sympathy” is another great track, damned heavy with plenty of intricate drum-work by Rick Miah to go with the horns and other instruments during the bridge where Aaron is forced to carry the song on his own as it slowly weaves its way to its sedate end after epic minutes.

The title track “Turn Loose The Swans” is again filled with violins and death vocals that plod along tugging at heart strings. In 1 of the earlier songs they mention bands paying homage to this album and citing it as an influence. I have friends that were in bands that did more than just nod in MDB’s direction, my band even had a couple tracks that would not have been written or arranged the way they were if not for them.

The bittersweet finale in the form of “Black God” has Zena Choi doing guest female vocals over Aaron’s spoken vocals and Martin’s keyboards and violins. My only complaint about this song is that it’s the shortest on the album and could have easily been twice as long without getting a single complaint from any fans.

All the above said… If you already have a copy, get this one because the package and bonus disc make it worthwhile, but if you don’t already own this… You now no longer can use not being able to find it as an excuse. Some albums get better with time and others get better the older you get as you can appreciate them more, ‘Turn Loose The Swan’ falls into both categories.