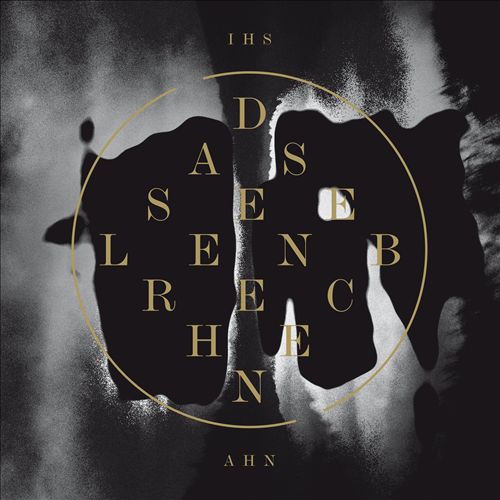 “It’s true, some wines improve with age. But only if the grapes were good in the first place.” Abigail van Buren’s quote is especially apt when applied to Ihsahn’s solo career. Having spent his youth blowing us away with metal giants Emperor, he has become ever more legendary since. His thirst for exploring the outer reaches of his beloved black arts has resulted in what is, arguably, his finest material – his A-trilogy, in particular, has resulted in him being equally lauded amongst lovers of the aggressive and more passive ends of the metal spectrum. With last year’s Eremita and now, Das Seelenbrechen, his latest album, it seems he has really been throwing caution to the wind so you’d better buckle up for this.

Translated as “the soul breaking”, the title refers to Nietzsche’s thoughts on the self-destructive nature of humanity, so it’s no surprise to find it continuing where his Nietzsche-inspired Eremita left off. What’s new here is the all-consuming darkness that he, in tandem with Leprous’ Tobias ØrAndersen, have managed to generate in Ihsahn’s Norwegian studio. What they have created is a series of sprawling, almost cinematic soundscapes that seem as organic as they are industrial. With all but the minimalist of jazzy overtones dropped and fearless songwriting employed we get a vast array of crepuscular tones that seem to drag you deeper and deeper into the pervasive shadows of the man’s bottomless imagination.

As a consequence, progression through the album isn’t as straight-forward, as on previous ones, with a real hotchpotch of ideas thrown at us. It is a zig-zagging journey that takes us from the vitriolic black death of “Regen” and “NaCl”, past the jarringly smooth trip-beat of “Pulse”, down the drum avalanches of the “Tacit” twins before we are finally dumped in the slow-moving lakes where “M” and “Sub-Ater” reside. Along the way we find ourselves experiencing his usual combination of scathing and hushed vocal, but here it is all threaded through a mixture of effects with battering drums and guitars and it is definitely not the unerringly cohesive experience that we may have been used to. Certainly, the doom-laden “M”, the noisome “Tacit 2”, the industrial wasteland of “See” and the disconcertingly unconnected build of “Rec” feel out of place here – like random, unfinished thoughts that cry out for more than just the weird loops and patterns they hang off.

There’s still plenty that does fit this abominable construction of Ihsahn’s and monsters like “Regen”, “NaCl”, “Sub-Alter” and even the panic-stricken rumble of “Tacit” will burrow in deep, blotting out the light, forcing introspection upon the voyeur. There’s so much here that feels like it could have burst forth from a future Opeth if they had stayed the path. This is them but taken to a whole new level of macabre.

Ever since the completion of After, it feels a little like Ihsahn has struggled to find a solid direction and Das Seelenbrechen, coming just a year after his last, certainly seems a trifle lost. His songwriting prowess cannot be doubted, so perhaps he has just rushed his thought processes this time. It’s a small error of judgement that you wouldn’t usually associate with a man of his experience. The wine may, indeed, be a little corked this time round but it doesn’t mean its vintage isn’t shining through.