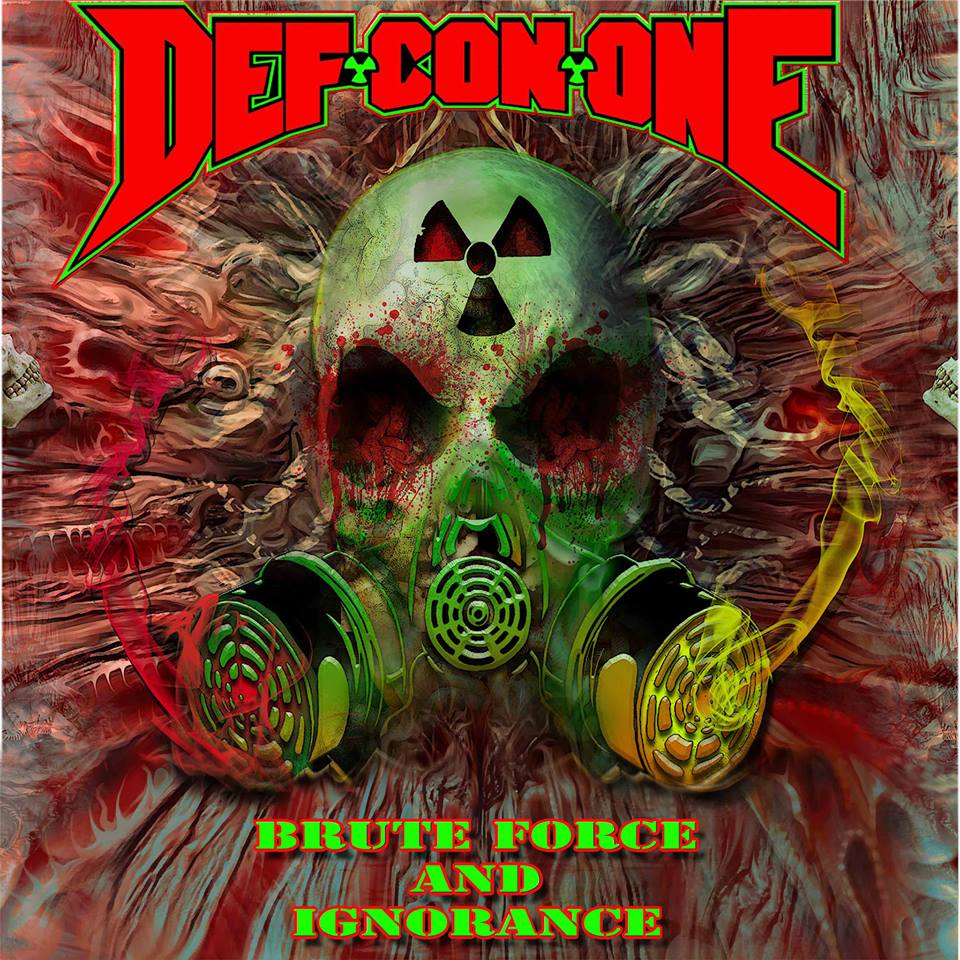 Last year’s ‘Warface’ was my first encounter with this band that features Antton Lant (ex-Venom and ex-MPire of Evil), their debut before that did not appear to be as widely advertised so then fast forward to this EP, which will come out on limited vinyl only and the cover alone is much more in your face and colourful. These gents will take you to the school of hard hitting heavy knocks over four limited tracks.

Def Con One seem to be labelled as brutal thrash, which may be true, but there is a lot of “groove metal” going on and  perhaps too much groove for me as ‘No More Hate’ sounds a little like Drowning Pool’s music from what I have heard. This music may keep you pumped and jumping around but I do really miss or yearn for the guitar solos which are sometimes lacking where you would expect them to be, so to be fair…don’t judge or except conformity with this band. Fans of Pissing Razors, 90’s Pantera and Machine Head will find favour with this short slab of ‘Brute Force and Ignorance’ but it is quite far removed from what is doing the rounds at this current time, certainly within this country.

‘Weapons of War’ has more of the thrash influence I was looking for from this band and the occasional clean vocal adds a nice touch of soul to the mix. It is good to you hear a touch of creativity leading the more palatable aesthetics and improved atmospherics rather than punishing your ear drums all the time… although I would actually prefer a little more of this dynamic on more of the release, put you will have to contend with a huge whack in the face.

If you want a hard slab of aggressive music then this is for you, although it does sound a little dated in places, the adrenaline you get in return may reset the balance.