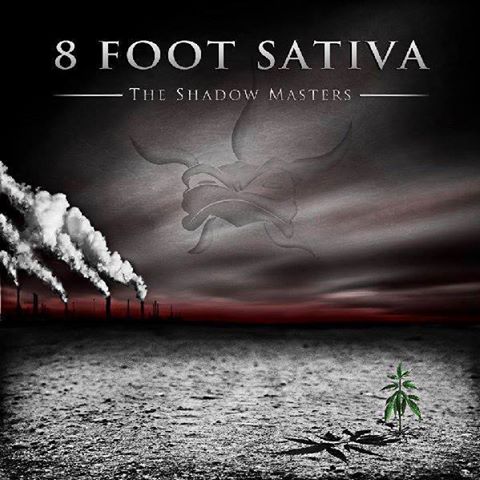 A band on their fifth album and I’ve never heard of them until I stumbled upon them by chance and admittedly I downloaded their album (I will get the album properly guys I promise) [it’s in the post to you Ed] as I liked the sound of them. Further investigation reveals they hail from Middle Earth, I mean New Zealand making this even more intriguing and once the opening bars of “As It Burns” are unleashed a rich melodic death metal sets about pummelling the listener as there are even traits of southern metal on the title track. The vocals are roared like a call to some unearthly deity but when you get to “Summoned To Rise” this changes to a clean and imposing delivery that sound relaxed even though the music is bulldozing its way through your cranium. In fact I’d say that parts of this album are like the new Soilwork album, highly pulsing and rhythmic death metal to get the heart pounding and your fist raised in the air.

The elements of groove and writing songs that you can actually recall and hum is often lost in some metal, but not here, with “Feeding The Weak” possessing some nifty hooks and double kick work that you might find on a US power metal album, from a band like Iced Earth for example. Accordingly the leads are well thought out and executed like slashing knives across the throat and bordering straight metal, which is not a bad thing at all. “Visions Of Red” is highly melodious but not without a jack hammering sense of brutality akin to the likes of Amon Amarth. Clean vocals greet you on “Back To Bare Bones” which granted is appealing to a newer more modernised metal crowd but that isn’t to say it shouldn’t feature on your investigation list, far from it, you’ll be missing a quality metal album if you don’t. One of the best tunes is “West As”, a thundering beast of a song with copious double kick, but still utilising clean vocals which I really like, but some may scoff at. Check them out you’ll be glad you did.