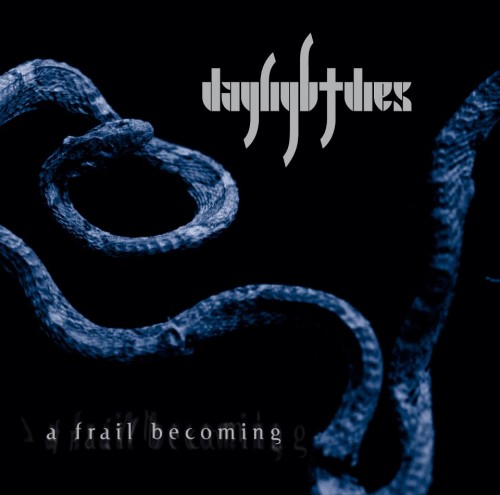 Anyone playing atmospheric doom / death finds it really hard to be completely original and stepping out of the confines of that unholy Peaceville trinity will always be difficult. A certain Swedish troupe aside there is a lot of repetition to be found in the sub genre and even in the furthest regions of the Ukraine and Russia there are a stack of clones playing tribute to the works of miserable bastards from the North of England. America is another very different place from cobbled Yorkshire streets and the rain swept fog of the Mersey and for me there are two bands from the States that I would mention as being amongst the best on offer, Novembers Doom and Daylight Dies. Both bands have always hinted at greatness and been consistent with their releases. As far as I am concerned Novembers Doom found it with last album ‘Aphotic’ which literally blew me away, so after a gap of four years between albums I was interested to see what Daylight Dies had up their sleeves and if they were going to achieve similar greatness on their fourth album.

Well the simple answer to this is not quite but the band from North Carolina certainly give it their best shot. They marry depth, emotion and brutality with poise and precision over this nine track album and they never have things outstaying their welcome either. Infidel opens things almost whispering gently in your ear before pounding in heavily and with swaggering fervour. The muscular drumming, roaring vocals and then weeping guitar solos set you up nicely for the next 50 minutes and you are submerged from the start, no doubt helped along by a superior sound mix which is impressive even via my PC speakers. The harsh vocals from Nathan Ellis may have a mighty distempered feel about them but they are still quite understandable, which helps you get beneath the music itself but on third song ‘Sunlight’ you get the other side of the coin from Egan O’Rourke’s cleaner pitched parts. When they hit floating airily are really uplifting and the song is brighter as you would think compared to the maudlin and oppressive tones that have come previously. There is some great flamboyant guitar soloing going on in this one and it could even be said that the ‘Sunlight’ is scorching but that would be far too clichéd.

The thickset pound of ‘Dreaming Of Breathing is a highlight and the glistening and lush acoustic parts of the song are a great contrast. This really has a crisp autumnal feeling to it; and is in my mind being released at the perfect time. There are some nuances here that I simply cannot escape from though and again I have to return to that aforementioned trinity. Listen to the weeping guitar on ‘A Final Vestige’ it’s very ‘Judgement’ era Anathema and as for the clean acoustic parts to ‘Ghosting’ there is more than a ghost of a resemblance to the group’s latter period. Still this is perhaps an over critical analysis especially when they back it up with such an excellent (albeit Katatonian) sounding guitar melody too. We finish with longest song on the album ‘An Heir To Emptiness’ and sadly it is not the strongest track on offer, plodding a bit too long for its own good and leaving me just wanting that extra spark.

So, a slightly difficult one this. It stands well as far as Daylight Dies discography goes and it hints at great things to come but it’s just a touch too frail and they are simply not there yet, as much as I would like them to be.