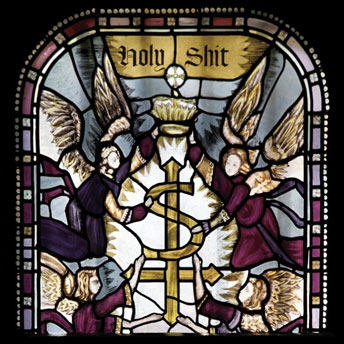 Everybody loves a surprise or two in music, and I personally love getting albums where I expect nothing but then end up with something I really enjoy and rave about. Chicago based Supercrhist is a well established metal outfit with five albums already out and this sixth album continuing their booze filled groove metal. Admittedly I did check out their fifth album online to get a taste of their direction and it appears that Superchrist is firmly fixed in writing songs with humungous hooks and driving heavy rock ‘n’ roll. This is old heavy metal like Motorhead, bits of Venom, Tank, Raven, in fact probably the whole Neat Records label roster to be honest. Kicking off with the rock radio friendly “Run To The Night” the clean chorus is catchy, singable and infectious, just like the whole album. Some of the more sleazier aspect aren’t quite glam, more like debut Def Leppard to me, and the vocals reminded me of Phil Mogg’s more deeper side, though it has to be said the vocals have a gravel tone generally.

As the album hits “Hot Tonight” there is a penchant for 70s rock on the guitar riff like a much heavier Montrose on “Bad Motor Scooter”. I guarantee you will be headbanging like a nutter on this tune and just when you thought it had ended and you could get a breather, “Get Lost” follows with a Tygers Of Pan Tang riff from about 1980. Arguably there are some touches of Diamond Head here as well, but overall this has Motorhead stamped all over it with the proverbial iron fist, though I have to add there are bits of Girlschool on lots of this too like on “Burn Again”. I enjoyed the drum intro to “Black Thunder”, which is very familiar but I’ll let you decide who so not to spoil it, but you will smirk when you hear it. After the drum intro it’s straight into ballsy heavy metal with dirty guitar solos and rumbling bass lines. As I hinted at earlier there is some sleaze on this album with an AC/DC like swagger on “Don’t Wanna Know” which seems to possess a much rawer guitar sound though it is a damn sight quicker than AC/DC. The bass line that introduces “Sewer Snake” also has a hefty swagger and vocals very like Lemmy’s cleaner side. The chorus is damn catchy as the tune alternates between bass leads and guitar solos. Similarities to Firebrand Super Rock could be made here for a more modern reference point as the album closes with “Beer Metal” and is exactly what you’d expect it to be, a rousing heavy metal and rock ‘n’ roll tune with a brilliant lead to finish an exceptional album on all fronts. You need to check this band out.